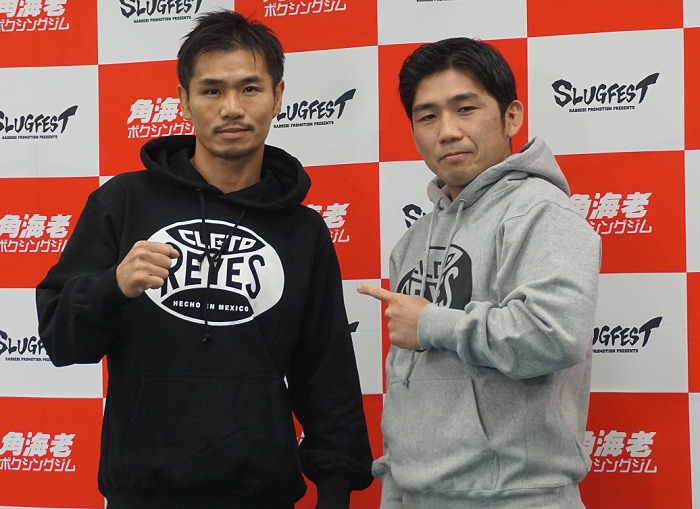 Speaking before a group of reporters at the gym, the 35-year-old Fukunaga, nicknamed ‘’Little (Manny) Pacquiao’’ for his similar fighting style to the legendary Philippine southpaw, said, ‘’My opponent (Ioka) probably regards the fight with me as a tune-up prior to his planned title unification fight with (International Boxing Federation’s champion) Jerwin Ancajas of the Philippines. I want to take advantage of his probable inattention.’’

Ioka’s planned title unification fight with Ancajas in Tokyo was called off earlier this month due to the Japanese government’s restrictions on entry into Japan by foreign residents in response to the spread of the Omicron variant overseas.

It is under these circumstances when Ioka, who has so far successfully defended the WBO title three times since winning it in June 2019, has decided to pick Fukunaga to defend the crown on New Year’s Eve at the Ota City General Gymnasium.

When Fukunaga heard the sudden opportunity from his trainer at the gym, he said, ‘’I felt like I am in a dream at first. But I made up my mind by the time I came to the gym,’’ adding he will concentrate on boxing by setting aside his side job as a mold carpenter for the time being.

Unlike Ioka, who has an ample amateur record and whose uncle Hiroki Ioka is a former two-division world champion, Fukunaga took up boxing from the ground up at the age of 25 and worked his way up. He is currently holds the WBO’s Asia-Pacific and Japanese titles simultaneously. He had originally been scheduled to have a fight on next Jan. 15 and has been engaged in an intense training.

While Ioka is said to have a big advantage over Fukunaga, Fukunaga is nothing daunted and said, ‘’I have a chance of winning. Since I am a challenger, and my opponent this time is a type of boxer who is impervious to cheap tricks. So, I will come out strong from the beginning and will show everything I have in my arsenals.

Ioka is fighting his 18th world championship bout, the most for a Japanese, and has a record of 27 wins, including 15 KOs, against two losses. For his part, Fukunaga, who is making his first crack at a world title, has a 15-4 win-loss tally with 14 KOs.