World Boxing Association middleweight champion Ryota Murata of Teiken Boxing Gym was promoted to the status of ‘’super’’ champion from the hitherto ‘’regular’’ champion in the middleweight division, the WBA said in its homepage on Jan. 5. 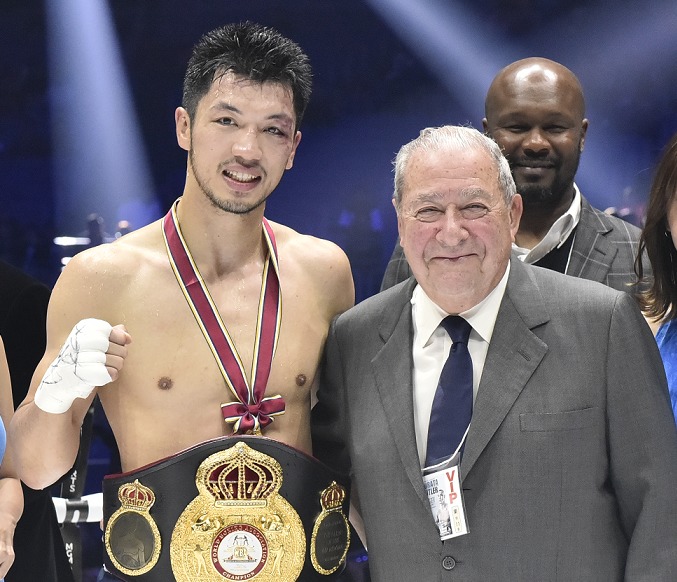 The WBA thinks Murata deserves the super champion status by considering his career and record. Murata’s appointment will not generate too many changes in the rankings. But a regular champion will be created to fill Murata’s place.

While the WBA is often criticized for its overproduction of world champions, the organization said, ‘’it is done to give dynamism and activity to the division.’’

With this ‘’promotion,’’ Murata’s mandatory defense period will be extended to 18 months from the present nine months.

Murata last fought in December 2019 by stopping Steven Butler of Canada in the fifth round for his first defense of the title he recaptured from Rob Brant of the United States in July 2019.

Also, Murata, the London Olympics middleweight gold medalist, beat Hassan N’Dam of France in October 2017 to regain his WBA title he lost to N’Dam in May that year.

Murata had cited the title unification battle with former triple-crown titlist and present International Boxing Federation middleweight champion Gennadiy Golovkin of Kazakhstan as this year’s target.
But Murata’s concrete schedule has not so far been announced yet.