Japanese bantamweight champion Yusuke Suzuki of Misako Boxing Gym submitted his resignation as a professional boxer to the Japan Boxing Commission on Jan. 25 due to a detached retina in his right eye, it was learned on Jan. 26. 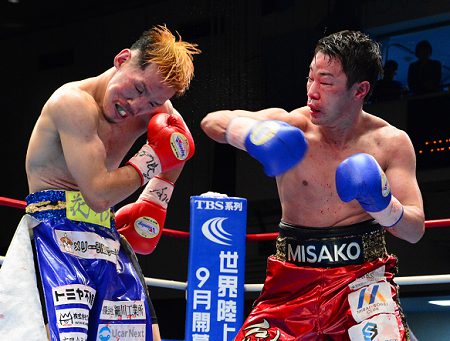 The 32-year-old Suzuki became the champion in July 2019 with a unanimous decision over Yuta Saito of Hanagata Boxing Gym but has not fought since then.

The left-handed Suzuki had had a 54-24 win-loss record as an amateur, including 25 knockouts and referee-stopped contests. After graduating from Meiji University, Suzuki turned pro from Hachioji Nakaya Boxing Gym in 2012.

He later moved to the Misako gym and won the title. While he had been scheduled to defend his title for the first time against Kyosuke Sawada of JB Sports Boxing Gym in April last year, the fight did not come through due to the novel coronavirus pandemic. His lifetime record as a pro was 11 wins, including seven KOs, against three losses.