Top-ranked Hinata Maruta of Morioka Boxing Gym stopped Ryo Sagawa of Misako Boxing Gym with a devastating straight right in the seventh round to capture the Japanese featherweight title in a dramatic fashion on Feb. 11 at Tokyo’s Korakuen Hall. 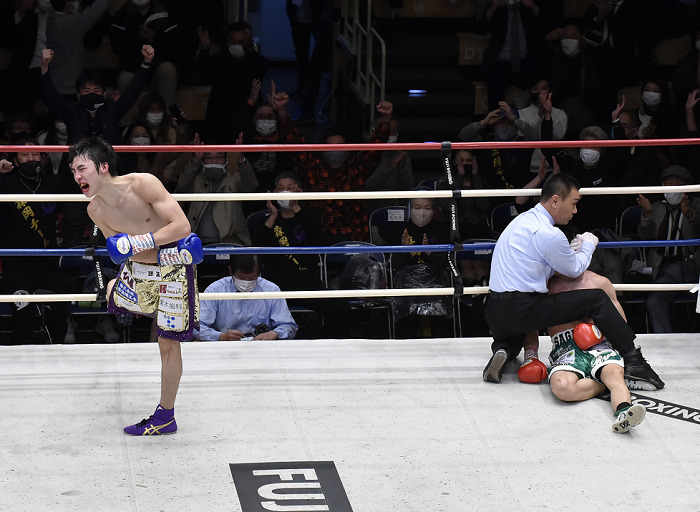 The technical knockout of the highly touted bout came 2 minutes and 57 seconds into the round of a scheduled 10-rounder when Maruta connected with a counter right after evading Sagawa’s right, sending the champion to the canvas. While Sagawa wobbled to his feet, Maruta swarmed all over him with combination blows, prompting the referee to call a halt to the bout.

With the victory, the 23-year-old Maruta, who is almost 1.80 meters tall, improved his record to 11 wins, including nine KOs, against a loss and a draw, while the 26-year-old Sagawa, who failed in his third defense of the title he captured in September 2019, fell to a 10-2 win-loss record with five KOs.

After the victory, Maruta said in a tearful voice, ‘’I am happy. Mr. Sagawa was very adept at boxing. I was hit by his good punches. But I was able to withstood them thanks to my supporters.’’

The scheduled eight-rounder ended 2 minutes and 42 seconds into the round after southpaw Shigeoka, a former all-Japan amateur champion, scored a knockdown and unleased a barrage of left and right combinations when Horikawa got up to beat the referee’s count. The referee immediately stepped in to wave off the fight.

With the win, the 23-year-old Shigeoka improved his record to three straight wins, two by KO, while the 20-year-old Horikawa, a former all-Japan high-school champion, fell to a 3-1-1 win-loss-draw record with one KO. 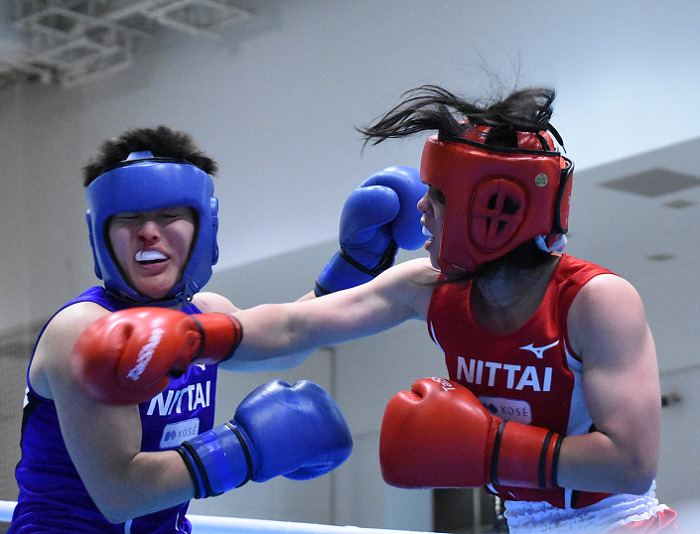 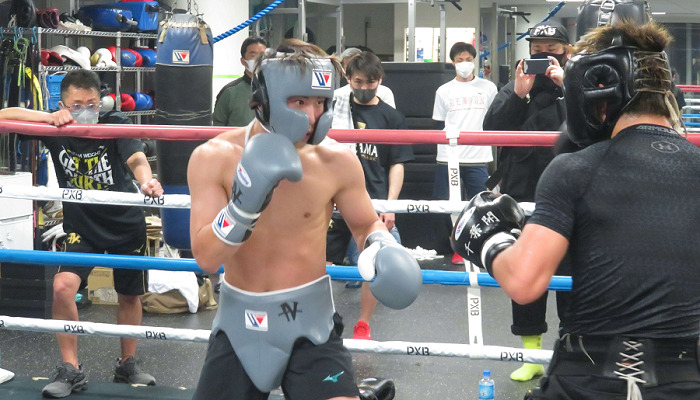 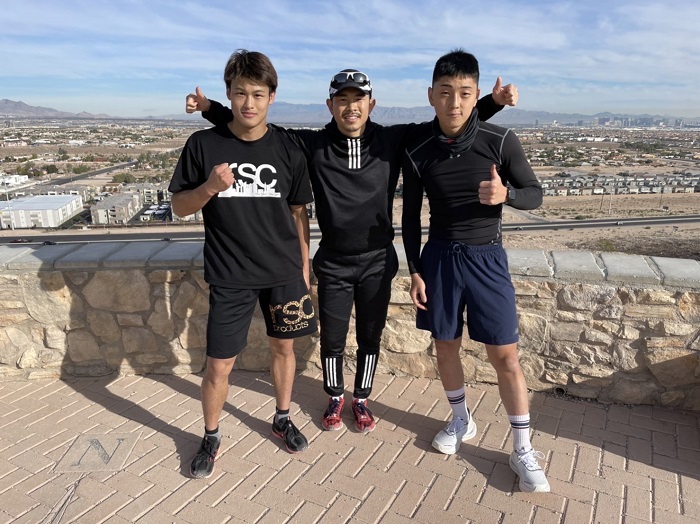 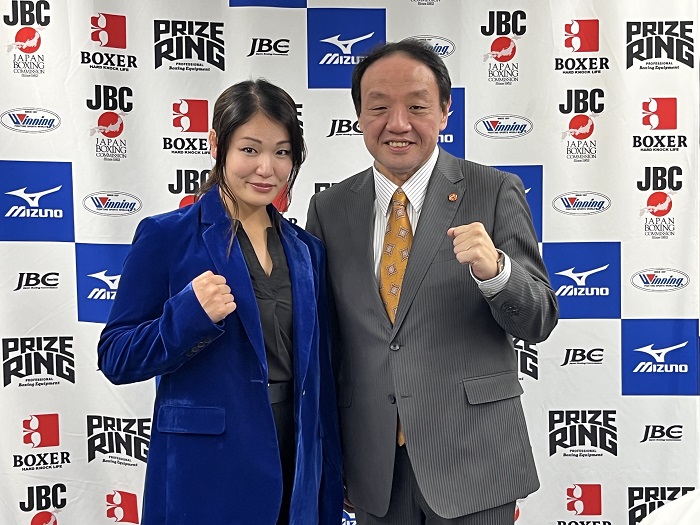