Both undefeated champion Devin Haney of the United States and challenger Jorge Linares of Venezuela who has been fighting out of Tokyo’s Teiken Boxing Gym cleared official weigh-ins on May 28 (May 29 Japan time), setting the stages for their World Boxing Council lightweight title match on the following day in Las Vegas, Nevada. 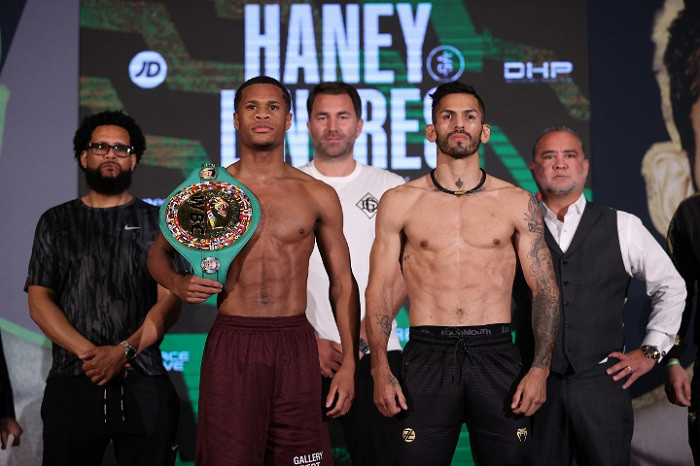 According to the prefight prediction, Haney has some 7-1 lead because of Linares’ age (35 years old) in addition to the fact his five losses all came by KO.

But, among the fighters the American has fought so far, there is no doubt that Linares is the boxer who has the most practical accomplishment, boxing source said.

Also, if his past performance is any indication, Linares who has trained hard and long in Japan (like this time) has shown a tendency of good performance. Linares entered the U.S. only late last week, according to the sources.