Undefeated World Boxing Council lightweight champion Devin Haney of the United States, overcoming a desperate late rally of challenger Jorge Linares of Venezuela, hammered out a unanimous decision to retain his title on May 29 (May 30 Japan time) in Las Vegas, Nevada. 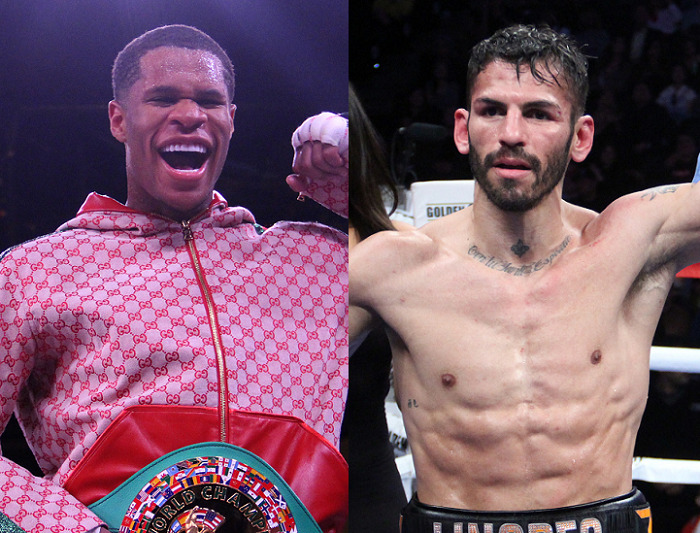 It was the 22-year-old Haney’s third successful defense of the title he won in September 2019 by stopping Zaur Abdullaev of Russia.

After the 12-round fight at Michelob Ultra Arena, formerly known as Mandalay Bay Events Center. Two of the three judges scored the fight 116-112 and the third judge saw it 115-113, all in favor of Haney. There were no knockdowns in the fight.

With the defeat, the 35-year-old Linares (R in the photo), a former three-division world champion fighting out of Tokyo’s Teiken Boxing Gym, failed in his dream of winning his fifth world crown.

Haney extended his unbeaten streak to 26, including 15 knockouts, while Linares, ranked fourth in the division, sagged to 47 wins, including 29 KOs, against six defeats. It was his first loss by decision.

Haney got off to a good start by sticking out left jabs while landing straight rights to the body and piled up points by fighting in the medium range.

While Linares occasionally connected with his favorite left hooks, he failed to follow them up due to Haney’s quick sidestep.

Linares’ best moment came late in the 10th round when the Venezuelan severely staggered Haney with his rapid combination blows. But the champion was saved by the bell.

In the 11th and the final round, Haney clinched a lot, trying to shake off his damage despite a constant booing from an audience.