Ogawa does light workout in NY for vacant IBF super featherweight title at MSG on Nov. 27

International Boxing Federation’s third-ranked super featherweight Kenichi Ogawa of Teiken Boxing Gym worked out lightly in the gym attached to his hotel and got sweaty after arriving in New York on Nov. 21 local time, according to the gym. 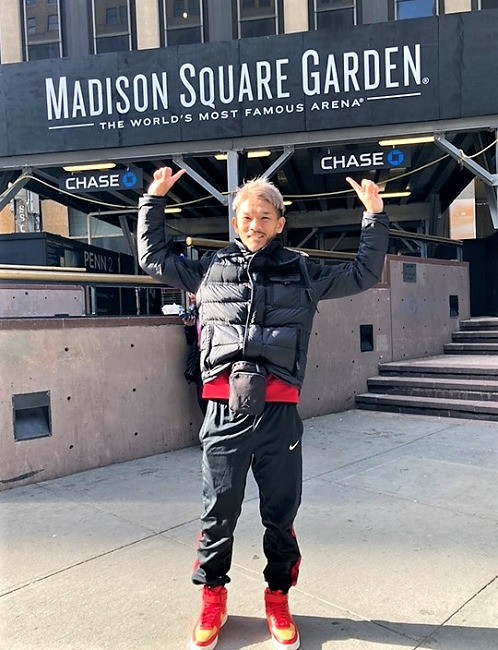 ‘’I’m pumped up now. I’m in excellent shape considering the fact it was my first practice (after the long flight from Japan),’’ the gym quoted Ogawa as saying. Ogawa had observed the appearance of MSG before that.

Ogawa has a record of 25 wins, including 18 knockouts, against a loss and a draw with one no contest. For his part, the 25-year-old Fuzile is a southpaw with a 15-1 win-loss tally with nine KOs. Photo by Teiken Boxing Gym