Naoya ‘’The Monster’’ Inoue of Ohashi Boxing Gym, who was selected on June 10 as the No.1 of the pound-for-pound ranking of the prestigious Ring boxing magazine for the first time as a Japanese boxer, made a comment on June 11 he will aim at achieving his next target of winning all the four world titles. 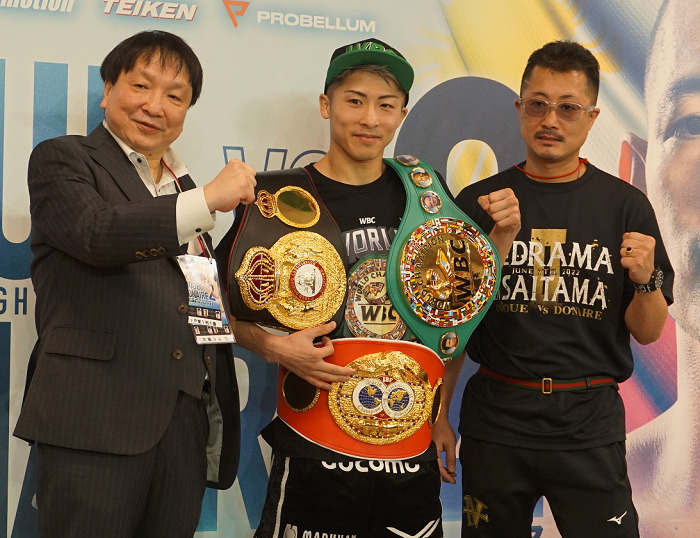 The 29-year-old Inoue beat the World Boxing Council bantamweight champion Nonito Donaire of the Philippines in the second round in their title unification fight at Saitama Super Arena in Saitama Prefecture on June 7, becoming the first boxer from Japan to hold a world title from three different major sanctioning bodies in a weight division.

‘I am extremely honored to have been able to be chosen as the No. 1 in the ranking of such prestigious magazine of Ring. I think my steady effort has culminated in this result. I will try further to achieve another feat of sweeping all the four major titles, ‘’ Inoue, who now holds the World Boxing Association, International Boxing Federation and WBC world bantamweight titles simultaneously, commented.
He now hopes to added the World Boxing Organization bantamweight title held by Paul Butler of Britain this year.

His manager and head of the gym Hideyuki Ohashi also made a comment, ‘’I did not think I would be able to see a Japanese boxer topping the pound-for-pound ranking during the course of living my life.’’