World Boxing Council’s 13th-ranked lightweight Masayoshi Nakatani of Teiken Boxing Gym knocked out Harmonito Dela Torre of the Philippines in the opening round in a super lightweight nontitle bout at Tokyo’s Korakuen Hall on June 13. 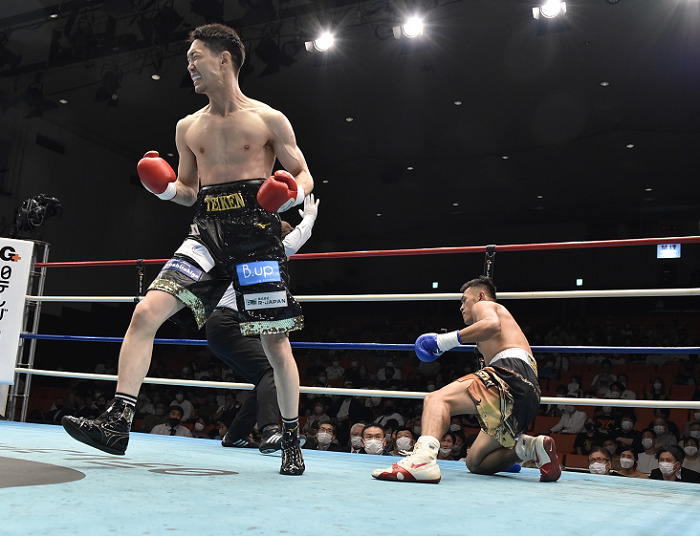 It was the 33-year-old Nakatani’s first bout since he was stopped in the ninth round by highly touted Vasyl Lomachenko of Ukraine in a 12-round nontitle fight in Las Vegas, Nevada in June last year. It was also Nakatani’s first match in Japan is three years and a half.

The KO of the scheduled 10-rounder came 1 minute and 16 seconds into the first round when the rangy Nakatani dropped Torre with a straight right. Though Torre managed to get up, Nakatani immediately landed a left hook to the body, and the Filipino fainted in agony while the referee tolled 10.

After the fight, Nakatani said, ‘’I am relieved to a great extent. Because it was my first fight at Korakuen Hall in ages (eight years and five months). I was aiming at that body shot from the beginning. As a member of the Teiken gym, I will aim at taking a crack at a world title.’’

With the victory, Nakatani improved his record to 20 wins, including 14 KOs, against two losses, while the 28-year-old Torre fell to a 22-4 win-loss tally with 14 KOs.