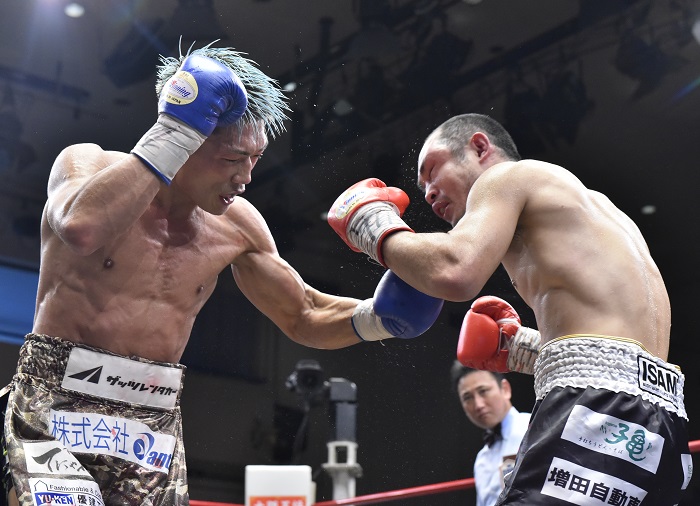 After the hard-fought battle at Korakuen Hall, two of the three judges scored the fight 115-112 and the remaining judge had it 114-113, all in favor of Nagata, who was a former Japanese champion of the division. Kondo failed in his first defense of the title he captured in June this year.

They previously fought in December 2020 with Nagata retaining the Japanese title by drawing with Kondo as Nagata suffered a severe cut above his eyelid due to an accidental head butt. The fight was stopped midway through the seventh round and the fight was declared draw as neither boxer scored the majority of points.

This time, southpaw Nagata started fast by throwing straight lefts but put his hands on the canvas in the first round when he lost his balance due to Kondo’s right hook. While Nagata claimed it was a slip, the referee did not approve it and issued a mandatory eight count to him.

The 32-year-old Nagata became aggressive from the second round onwards by sticking out right jabs and straight lefts. But the 37-year-old Kondo countered him by throwing right and left hooks to the head and body.

At the end of the fourth round, Kondo was slightly ahead on points. But Nagata charged forward from the sixth stanza, and both fighters exchanged fierce blows from then on.

Nagata’s forward charge was such that Kondo was tottering along later in the fight. Nagata continued his offences in the final two rounds as well and ended the fight slightly on top.

With the victory, Nagata improved his record to 17 wins, including six knockouts, against three losses and two draws. Kondo fell to a 35-11-2 win-loss-draw tally with 20 KOs.