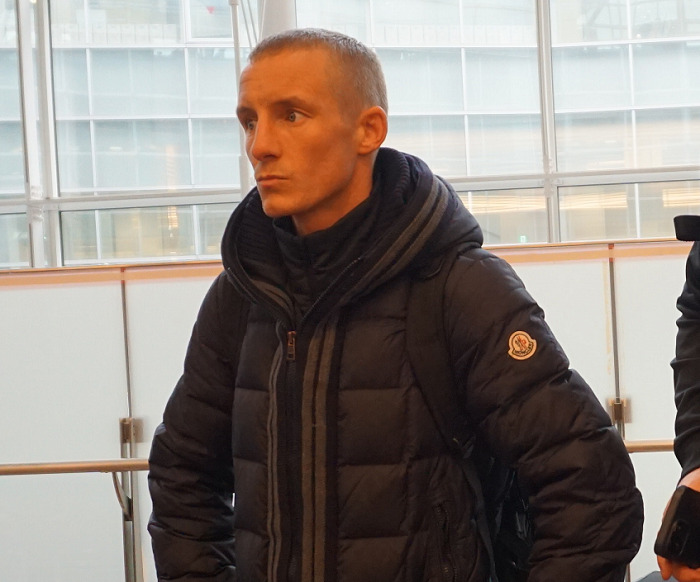 Accompanied by six other members, including his trainer Joe Gallagher, the 34-year-old Butler told reporters at the airport that he is in a good condition for the fight.

Asked about the reason why he accepted the fight (with Inoue), Butler said there is no reason not to accept the fight because he thinks this is the best bantamweight bout.

When a reporter told Butler about the fact that Inoue, 29, thinks the upcoming fight will become a prolonged one, Butler, wearing a bitter laugh, said he (Inoue) says that before any fight because he respects a (world) champion.

Butler is said to have completed all the necessary training in Britain and is expected to concentrate on final adjustment, including his weight control.

The scheduled 12-round title fight will be held at Ariake Arena.