‘Monster’ Inoue in promotional activities in LAS on Oct. 26 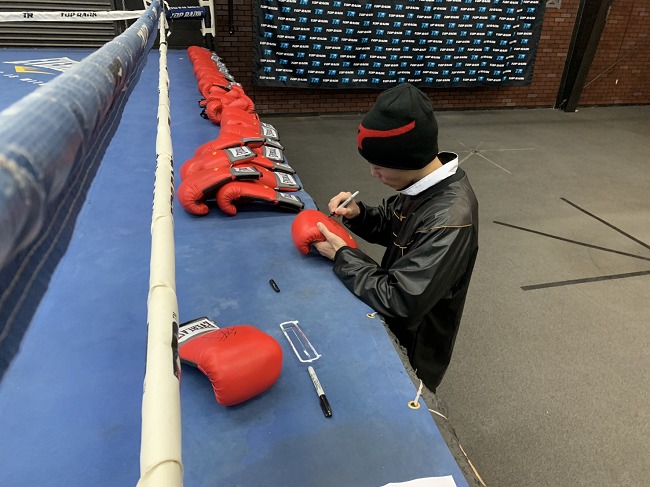 The 27-year-old Inoue made Oct. 25 a complete rest day and had two-hours of training at the Top Rank Gym on Oct. 26 by putting on a heater for weight reduction purposes due to a relatively low temperature of 15 C (the highest for the day).

Before the training, Inoue was interviewed by three local mass media (15 minutes for each) online and autographed 30 boxing gloves, all part of the promotional activities of the fight.
The 29-year-old Moloney, who is currently ranked second by the WBA and fourth by the IBF, has been in Las Vegas since Oct. 2.

The scheduled 12-rounder will take place at the MGM Grand Conference Center behind closed doors to avoid COVID-19.

Inoue is undefeated in his 19 bouts, including 16 knockouts, while Moloney has a 21-1 win-loss tally with 18 KOs. Photo by Ohashi Boxing Gym