Top-ranked Japanese super lightweight Andy Hiraoka of Ohashi Boxing Gym stopped Rickey Edwards of the U.S. in the fourth round as one of the undercards of World Boxing Association super and International Boxing Federation bantamweight champion Naoya ‘’Monster’’ Inoue’s defense of the titles in Las Vegas, NV, on Oct. 31 (Nov. 1 Japan time). 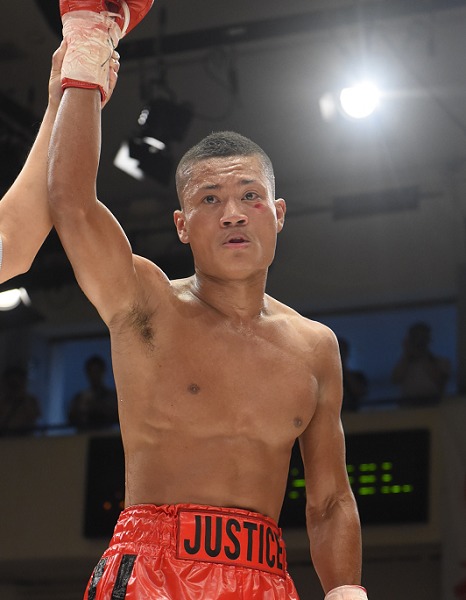 The technical knockout of the scheduled eight-rounder at the MGM Grand Conference Center dubbed ‘’the bubble,’’ came 2 minutes and 20 seconds into the round as the referee called a halt to the bout when southpaw Hiraoka put Edwards against the ropes and unleashed a barrage of right-left combinations to the defenseless American fighter.

Hiraoka sent Edwards to the canvas with a sharp left uppercut at a close range in the third round. But the American fighter survived the round. In the fourth stanza, Hiraoka landed a counter right and soon dropped him for a mandatory eight count. The 24-year-old Hiraoka scored another knockdown.

Although the tenacious Edwards managed to beat the count, he was defenseless and allowed Hiraoka to unleash the right-left barrage at will, prompting the referee’s stoppage.

With the victory, his second in Las Vegas following the one in November last year under a contract with Top Rank Inc., Hiraoka, who was born to a Japanese mother and a Ghanaian father in Yokohama, southwest of Tokyo. extended his unbeaten streak to 16, including 11 KOs. Edwards fell to a 12-5 win-loss record with three KOs.