Undefeated Junto Nakatani of M.T Boxing Gym, unleashing a barrage of right-left combinations, knocked out top-ranked Giemel Magramo of the Philippines in the eighth round to win the vacant World Boxing Organization flyweight title on Nov. 6 in Tokyo. 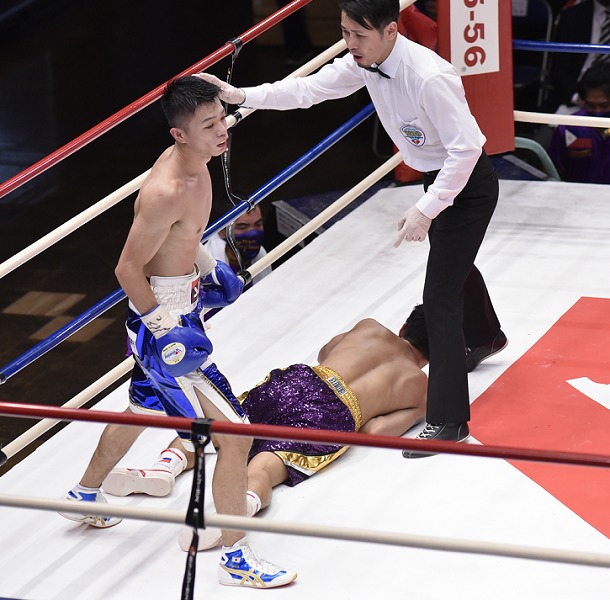 The end of the scheduled 12-rounder at the Korakuen Hall came 2 minutes and 10 seconds into the round when southpaw Nakatani landed a big left hook to the head, severely staggering Magramo. Nakatani followed with right-left uppercuts and hooks, sending Magramo down on all fours.
While Magramo, who had never been decked in his career before, struggled to his feet at the count of eight, the referee counted him out.

With the victory, Nakatani currently became Japan’s seventh men’s world champion.
Nakatani got off to a good start by landing a powerful left hook to the head in the opening round, monetarily staggering Magramo and controlled the fight since then by fully utilizing his longer reach advantage. 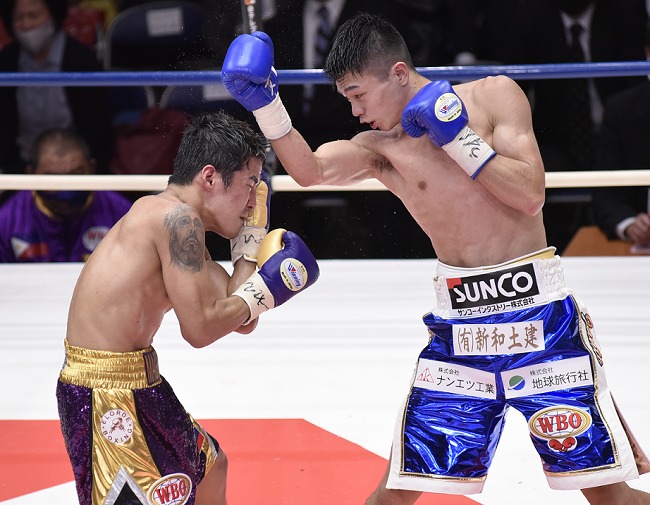 After the fight, Nakatani, said, ‘’I landed a good punch in the first round and was able to get the momentum going. I want to thank everybody who has supported me. I have many opportunities from now on while defending the title. I want to unify the flyweight titles. I started boxing from scratch as a four-round boxer, and I hope that would give all the four-round fighters some kind of moral support.’’

With the victory, the 22-year-old Nakatani extended his unbeaten streak to 21 wins, 16 by KO. The 24-year-old Magramo fell to 24 wins, including 20 KOs, against two losses. Nakatani, who stands 171-centimeter tall, tipped the scales at 50.7 kg (111.75 lbs) and Magramo weighed in at 50.6 kg (111.5 lbs). The title was left vacant last January by Kosei Tanaka of SOUL BOX Hatanaka Boxing Gym in Nagoya, central Japan.

The fight, postponed twice due to the novel coronavirus pandemic, was the first men’s world title match in Japan this year since the start of the COVID-19 earlier this year. 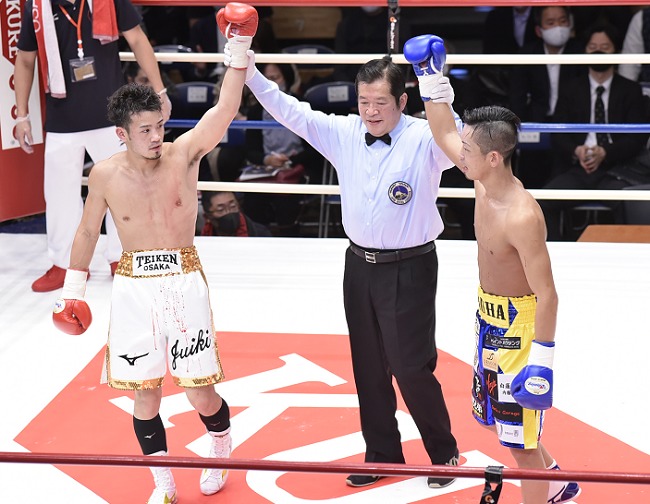 Meanwhile, eighth-ranked Japanese super bantamweight Juiki Tatsuyoshi of Osaka Teiken Gym, a son of legendary former world bantamweight champion Joichiro Tatsuyoshi, who was at the ringside, had to settle for a draw with Kazuhiro Imamura of Honda Fitness Gym at the end of the second round in a scheduled eight-round bout held on the main undercard.

After fighting almost evenly, Tatsuyoshi suffered a severe cut above his left eye due to an accidental head butt. The cut was so deep that a ringside doctor who checked the cut ordered the fight to be stopped then and there.

The 24-year-old Tatsuyoshi is now 13 wins, including nine KOs, and a draw, while southpaw Imamura, who has an ample amateur career, has a 2-0-1 win-loss-draw record with one KO.

Only some 400 selected spectators were allowed to watch the day’s event at the hall.