The planned World Boxing Organization world women’s atomweight title match between champion Mika Iwakawa of Himeji-Kinoshita Boxing Gym and Nanae Suzuki of Shu Boxing Gym at Tokyo’s Korakuen Hall on Oct. 15 will be cancelled due to Iwakawa’s right shoulder injury she suffered during training, DANGAN, a promotional company for the event, said on Oct. 7. 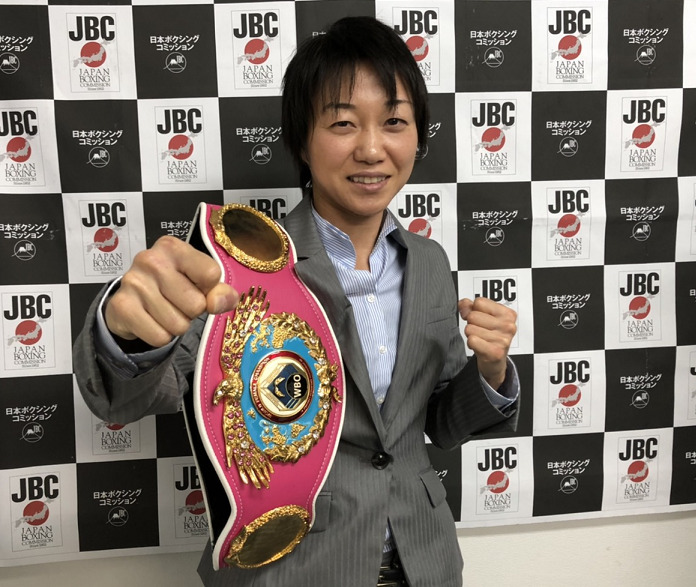 The scheduled 10-round rematch was supposed to be held as their encounter in September 2020 in Iwakawa’s first defense of the title ended in her split decision win. But the decision was so close and controversial, both sides had agreed to have a direct rematch.

In this connection, DANGAN officials said they plan to postpone the fight by consulting with the WBO.
The 38-year-old Iwakawa wrested the title from Nao Ikeyama of futur in July 2018.

On Oct. 15, the 52-year-old Ikeyama will face former WBO minimumweight ruler Kayoko Ebata of Watanabe Boxing Gym in a six-round fight, which is now expected to serve as the main event. It will be a retirement match for the 45-year-old Ebata.

Altogether, there will be six bouts planned on the Oct.15 event, including the Ikeyama-Ebata encounter, according to the officials.