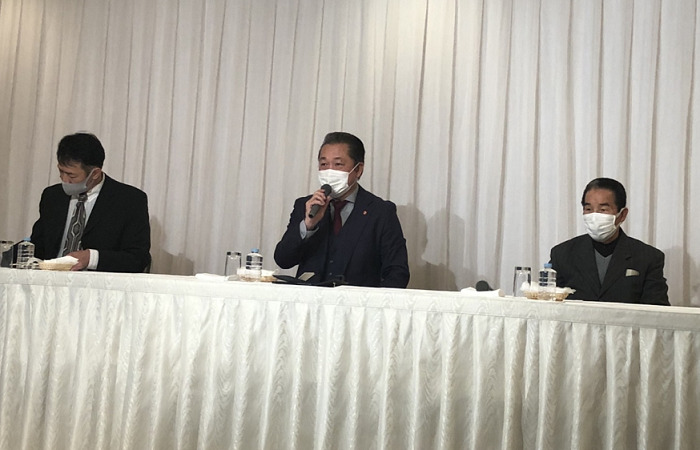 This was because the WBC issued an order for their rematch after monitoring the video on their fight on Sept. 22 at Kyoto City Gymnasium in Kyoto that Teraji, popularly known as Kenshiro, bled profusely from the above his right eyelid in the ninth round due apparently to Yabuki’s head butt. Kenshiro thus failed in his ninth defense of the title he won more than four years ago.

Hisashi Teraji, head of the BMB gym and the father of Kenshiro, Toshiro Matsuo, head of the Midori gym and Masato Yamashita, president of Shinsei Boxing Gym and the promoter of the fight, all agreed to have their rematch although the exact date and the venue of the fight have not yet been decided.

Teraji took issue with the Japan Boxing Commission’s response to a questionnaire he issued earlier on the result of the title match, in which top-ranked Yabuki stopped previously undefeated Kenshiro in the 10th round aided by Yabuki’s ‘’intentional head butt.’’

Teraji was of the view that he has no complaint on the result of the fight itself but could not condone the fact that the JBC remained silent on Yabuji’s ‘’intentional head butt’’ to turn the tide in favor of him in the ninth round.

Teraji said, ‘’Kenshiro has just started training. I hope much stricter control of the coming fight.’’ For his part, Matsuo said, ‘’I feel sorry for him (Yabuki) because he fought desperately for the title. Yabuki started training a week after the fight. We will accept the rematch.’’