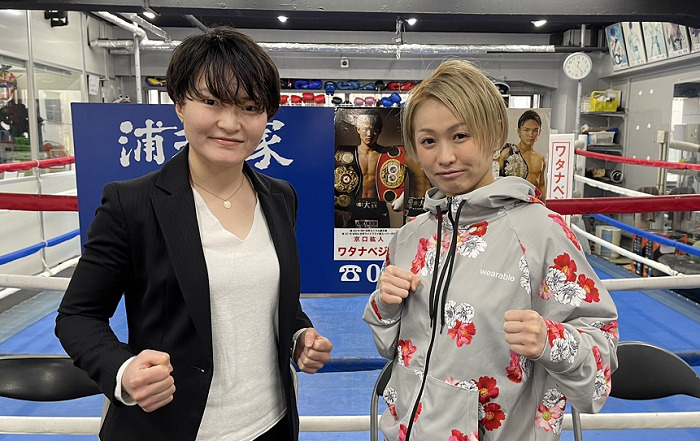 The scheduled 10-rounder at Korakuen Hall will be the 38-year-old Miyao’s first opportunity to win an atomweight title since losing the WBA title to Mexico’s Montserrat Alarcon in September 2019.
Meeting the press online, Miyao said, ‘’Ms. Matsuda does clean boxing because he has an ample amateur experience. But I want to show my power to suppress her.’’

For her part, the upcoming fight will be Matsuda’s second straight IBF title challenger following her fight with Saemi Hanagata of Hanagata Boxing Gym in March this year, which ended in a draw. Hanagata hung up her gloves after the fight.

‘’Though I drew with her (Hanagata), I did not feel that I had lost. I am determined to become the world champion this time around,’’ said the 27-year-old stylish southpaw.

Miyao has an overall professional record of 24 wins, including six knockouts, against nine losses and two draws, while Matsuda has five wins, one by KO, and a draw.

In the chief supporting card, World Boxing Organization’s atomweight champion Mika Iwakawa of Himeji Kinoshita Boxing Gym, will take on Nanae Suzuki of Shu Boxing Gym for her second defense of the title she won in July 2018.

Iwakawa defended the title for the first time against Suzuki with a split decision in September last year. While they were supposed to face in October again, the fight was put off due to Iwakawa’s injury.
Photo by Dangan