After a public workout at the gym, the 35-year-old Fukunaga said, ‘’I know I have to be careful because he (Ioka) is among the finest boxers. But I am determined to beat him in the end by staging an exciting fight. I will attempt to catch him unguarded because I have studied his weak point.’’

Fukunaga, nicknamed ‘’Little (Manny) Pacquiao’’ for his similar fighting style to the legendary Philippine southpaw, was chosen following the cancellation of the planned title unification fight between Ioka and International Boxing Federation’s champion Jerwin Ancajas of the Philippines earlier this month due to the Japanese government’s restrictions on entry into Japan by foreign residents in response to the spread of the Omicron variant overseas. 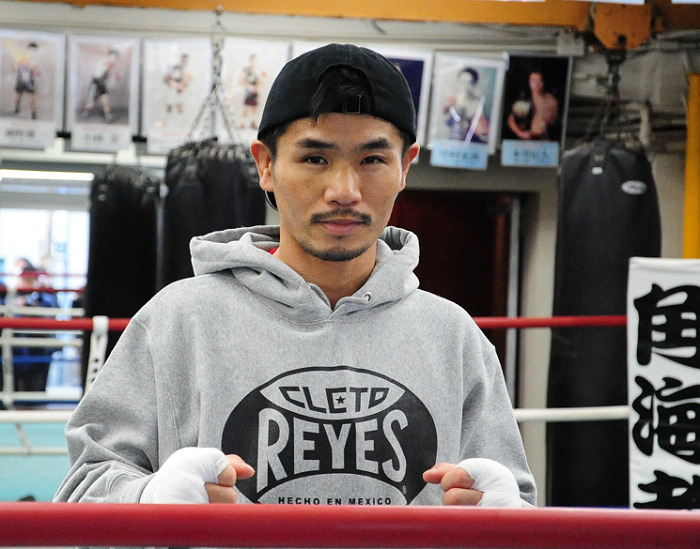 ‘’I will put on an impressive fight so that I can turn out to be the winner in the end.’’ If Fukunaga wins, he will become the oldest Japanese male to win a world title at the age of 35 years and four months.
Fukunaga has a record of 15 wins, including 14 KOs, against four losses. For his part, the 32-year-old Ioka has a 27-2 win-loss tally with 15 KOs.

The scheduled 12-rounder will be staged at the Ota City General Gymnasium.