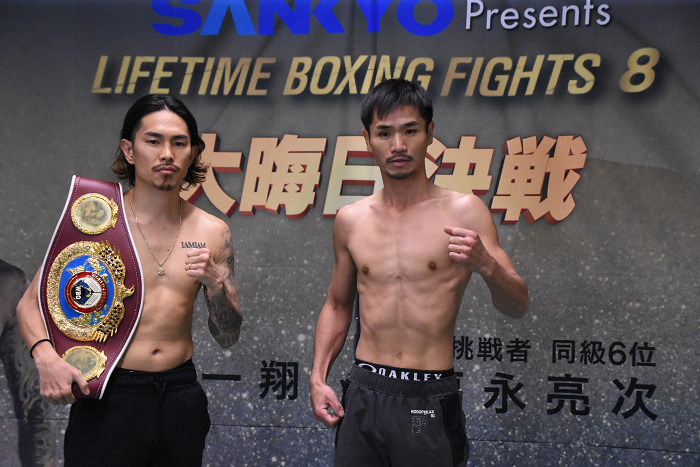 While the upcoming fight will be Ioka’s 10th world title fight on New Year’s Eve since making his professional debut in April 2009, he told reporters, ‘’I don’t have any particular impression about my opponent. But I am happy that I will be able to climb through the ropes on New Year’s Eve as a champion when many other boxers cannot due to the COVID-19 pandemic. Though I have mixed feelings, I think it’s kind of a challenge, and my motivation is always the same.’’ Ioka is the only Japanese boxer who has become world champions in four different weight divisions.

For his part, southpaw Fukunaga, nicknamed ‘’Little (Manny) Pacquiao’’ because of his similar fighting style to the legendary Filipino boxer, said, ‘’I am relieved now (for having cleared the weigh-in). I will work hard on my recovery (from his weight reduction efforts). This was the first time I had seen him (Ioka) face-to-face. I am staking my life on my fight tomorrow as I will show everything tomorrow.’’

Ioka, who is making his fourth defense of the title he captured in June 2019, has a record of 27 wins, including 15 knockouts, against two losses. Fukunaga has a 15-4 win-loss tally with 14 KOs. This will be his first crack at a world title.

Ioka’s fight with Fukunaga will be realized because of the cancellation of the initially planned title unification bout with International Boxing Federation’s champion Jerwin Ancajas of the Philippines on New Year’s Eve due to the Japanese government’s restrictions on entry into Japan by foreign residents in response to the spread of the Omicron variant.