Former International Boxing Federation super featherweight champion Kenichi Ogawa of Teiken Boxing Gym, who lost his title to Joe Cordina of Britain with one punch in the second round in their title fight in Cardiff, the capital of Wales, on June 4 (5 Japan time) said he admitted his defeat without any excuse.
The following is Ogawa’s comments sent by the Teiken gym. 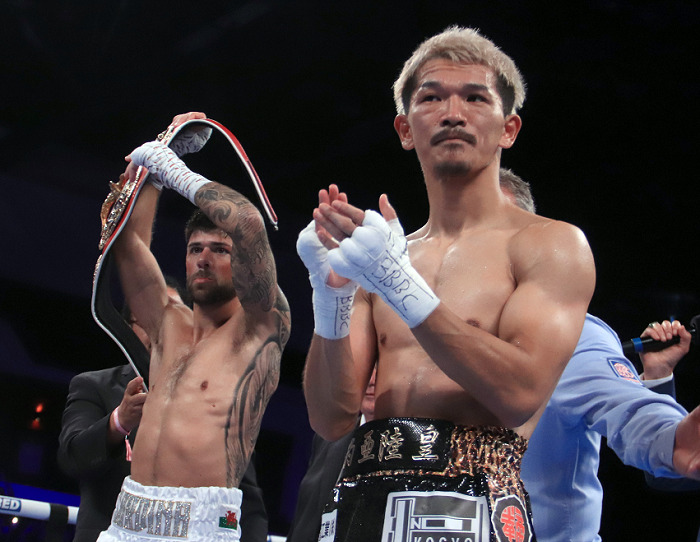 ‘’I am sorry. But that’s what it is all about. I admit that I became engulfed in the atmosphere surrounding the fight in addition to the fact Mr. Cordina turned out to be strong. Having said that, I have to admit my lack of ability now as I was stiff. I myself was thinking about my stiffness while moving (in the ring). I thought I would do something to change that. When I attempted to alter my stiffness by moving up and down my (left) guard, I was victimized by my opponent’s (sudden) change. That’s what I can say now after watching the fight video. Since this was the first time that I had been decked with a punch to the jaw, I have to admit my defeat.’’

‘’I didn’t know two (of the three) judges scored the first round in favor of me, which made me all the more frustrating. At that point in time, I felt my jabs and hooks worked fairly well. But I could not show everything I had in my arsenals in the opening round because I felt in the inmost recesses of my heart that I was fighting away from home, which was partly responsible for my loss in the second round.’’

‘’Since I had been confident about my toughness. If and when I have been decked with a blow to the jaw, my boxing career would be over. I have been engaged in boxing for 12 years, I feel somewhat convinced by my limit, including my age, although I feel chagrined (at the result).’’
Photo by SUMIO YAMADA