Second-ranked Japanese welterweight Takeru Kobata of Dash Higashiho Boxing Gym stopped top-ranked Yuki Nagano of Teiken Boxing Gym in the fifth round and became the interim champion of the division at Tokyo’s Korakuen Hall on June 13. 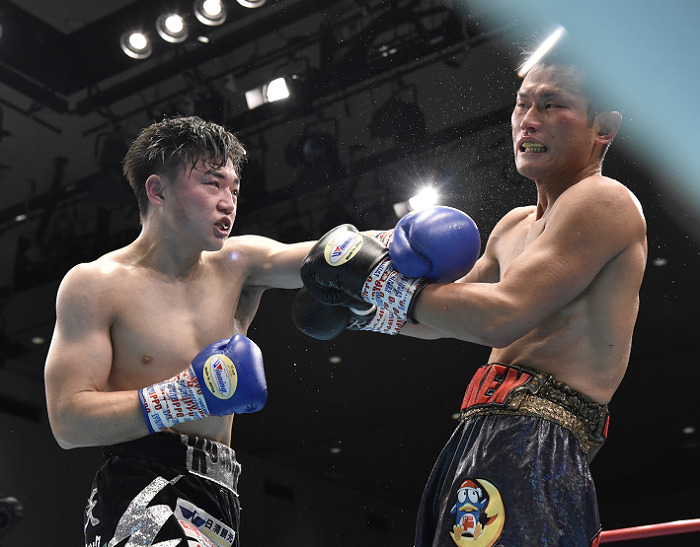 This is because champion Keita Obara of Misako Boxing gym has been suffering from a right leg injury and cannot have a fight for the time being although Obara had initially been scheduled to take on Nagano for his defense of the title.

The 23-year-old Kobata, a southpaw, got off to a good start by sticking out right jabs and worked Nagano’s body with left hooks and straight lefts. The 32-year-old Nagano, also a southpaw and a former Japanese welterweight champion, was tottering later in the round.

Kobata continued his offense in the second round as well. Though Nagano attempted an overhand left in the third round to try to turn the tide, Kobata continued his style of boxing by landing right jabs to the head and straight lefts to the body, gradually sapping Nagano’s strength.

In the fifth stanza, Nagano moved forward but was hit by Kobata’s variety of punches, which promoted the Nagano’s cornerman to ask the referee to stop the fight.

With the win, Kobata upped his record to 12 wins, including five KOs, against five losses and a draw. Nagano impaired to a 19-4 win-loss tally with 15 KOs.

After the fight, Kobata said, ‘’While champion Obara is tall and a difficult opponent, I will do my best because all the boxers at this stage are strong.’’

The fight was held as the chief supporting card for Nagano’s stablemate and world-ranked Masayoshi Nakatani’s comeback fight with Harmonito Dela Torre of the Philippines.