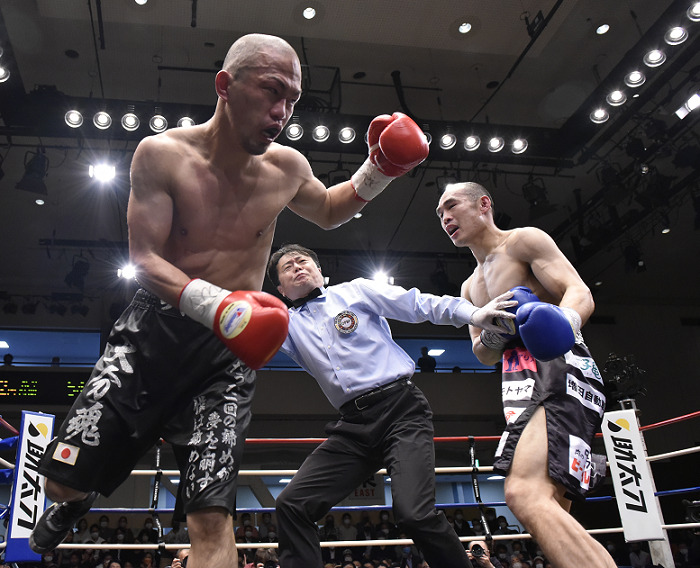 The technical knockout of the scheduled 12-rounder came 2 minutes and 7 seconds into the round when the referee stepped in to call off the fight after Kondo landed a barrage of left and right hooks after once decking Aso, 36, with a right hook.

It was the 37-year-old Kondo’s third regional title as he had won the Japanese lightweight and the World Boxing Organization’s Asia-Pacific super lightweight titles in his career.

After the fight, Kondo said, ‘’I was wishing ‘Please fall down’ and ‘Please do not rise up’ when he went down.’’

With the victory, Kondo improved his record to 34 wins, including 19 KOs, against 10 losses and two draws.

Meanwhile, Aso failed in his first defense of the title he captured from Rikki Naito of E& J Cassius Boxing Gym last December. He now has a 25-10-1 win-loss-draw tally with 16 KOs.