Undefeated Shu Utsuki of Watanabe Boxing Gym, overcoming his sluggish start, stopped the eighth-ranked Izuki Tomioka of Kadoebi Boxing Gym in the eighth round and retained his Japanese lightweight title on June 14 at Tokyo’s Korakuen Hall. 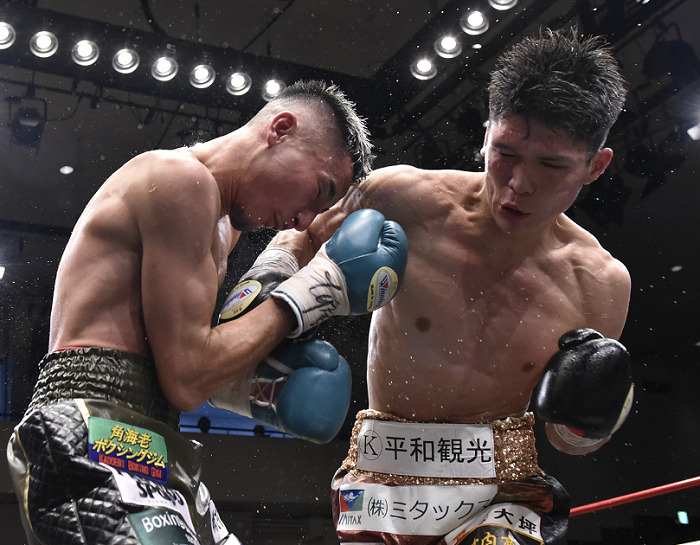 The technical knockout of the scheduled 10-rounder came 1 minute and 8 seconds into the round as the referee stepped in to call off the fight when the 24-year-old Tomioka was reeling along before Utsuki’s all-out rally with left hooks to the body and overhand rights.

It was the 27-year-old Utsuki’s first successful defense of the title he won by stopping Tomioka’s stablemate Masahiro Suzuki for the vacant title in February this year.

Before the stoppage, Tomioka was active with his sharp left jabs and body shots, and he was slightly ahead on all three judges’ scorecards at the end of the fifth round.

From the sixth round, Utsuki moved visibly forward, landing straight rights and left jabs in addition to left hooks to the body and overhand rights, gradually sapping the strength of his gusty but one-dimensional opponent.

With the victory, Utsuki extended his unbeaten streak to 11, including nine KOs. As for Tomioka, who failed in his third challenge at titles, dropped to a 7-6-1 win-loss-draw tally with two KOs.