Satsuki Ito of Shisei Boxing Gym, a former top women’s amateur boxer, made her professional debut by pounding out a unanimous decision over Saowaluk Nareepangsri of Thailand in a six-round bantamweight fight at Tokyo’s Ota City General Gymnasium. 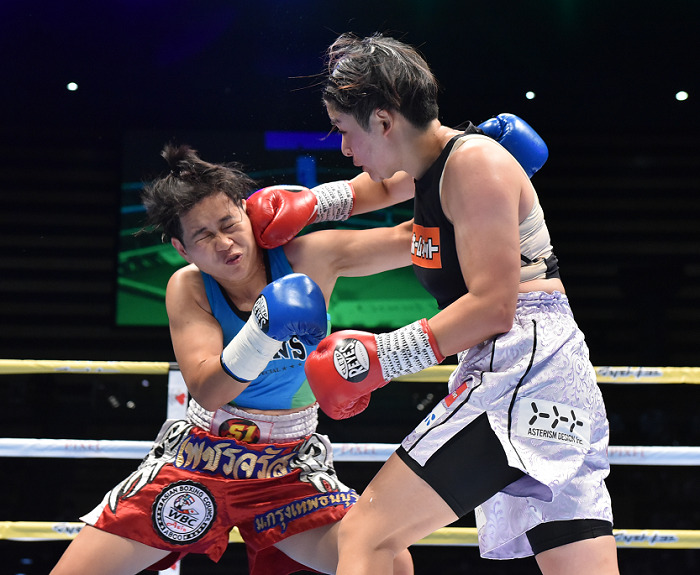 It was the first fight in six years when the 31-year-old Ito, the former All-Japan women’s light flyweight titlist, last fought.

She lost in the bantamweight final of the All-Japan Amateur Championships in 2016 when she was working for the Japan Self-Defense Forces Physical Training School.

After the day’s fight, Ito said, ‘’While I thought I would have been able to move more, I felt good. I think I can do the kind of boxing I want to do from now on.’’

With the loss, the 28-year-old Saowaluk has 11 wins, including five KOs, against 19 losses. Photo by Shisei Boxing Gym。

The fight was held as an undercard of the WBO world super flyweight title match between champion Kazuto Ioka of the gym and top-ranked challenger Donnie Nietes of the Philippines.