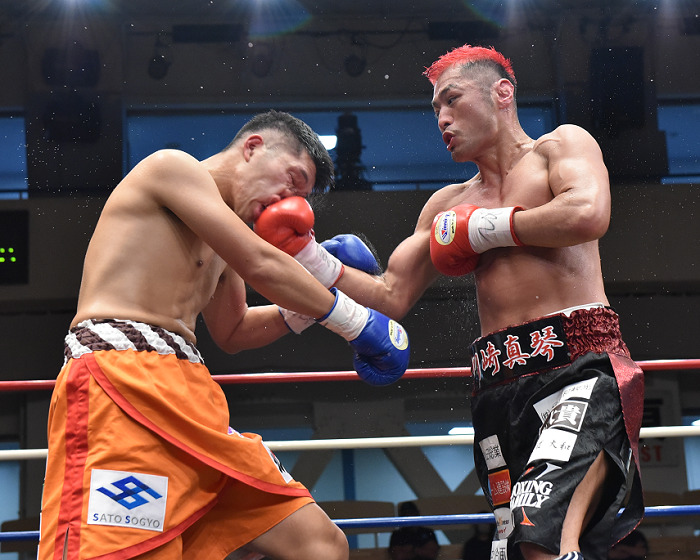 It was the 38-yeaar-old Kawasaki’s first successful defense of the title he captured by decisioning Koki Koshikawa of Ichiriki Boxing Gym for the vacant crown in April this year.

After the 10-round battle, each of the three judges scored the fight 95-95. There were no knockdowns in the fight.

While Kawasaki was slightly ahead on points in the first five rounds by landing straight rights, left hooks and right uppercuts, Maruki hung tough by throwing left and right hooks mainly to the body.

The 31-year-old Maruki, who was fighting his fourth Japanese title, stepped up his offense in the latter part of the fight. Though Maruki unleashed a barrage of left and right hooks in the ninth and the 10th rounds, Kawasaki managed to evade his offense with his tight defense.

After the fight, Kawasaki said, ‘’I fought a defensive fight because of the pressure although I am relieved to have been able to retain the title. I hope I will continue to defend the Japanese title’’

With the draw, Kawasaki now has a record of 13 wins, including two KOs, against eight losses and two draws. Meanwhile, Maruki now has a 18-7-2 win-loss-draw tally with 13 KOs.