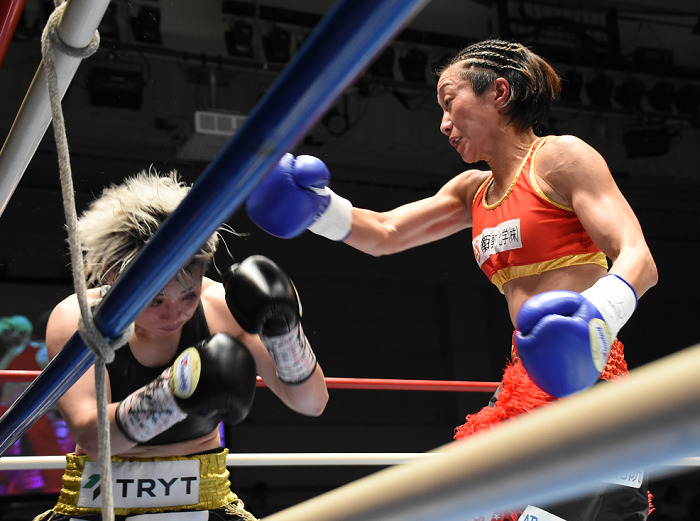 All three judges scored the fight 96-94 in favor of the 39-year-old Iwakawa, a former World Boxing Organization female atomweight ruler. With the defeat, Miyao failed in her first defense of the title she captured in February. There were no knockdowns in the fight.

While both got off to a fairly quiet start, Iwakawa was slight ahead with her jabs and combination blows.
Miyao, also 39, moved visibly forward from the fourth round with her jabs and overhand rights. Both fought almost evenly during the middle of the fight although neither failed to land devastating punches.

In the latter part of the fight, both became more active as they exchanged their punches with Iwakawa slightly getting the better of it. In the 10th and final round, Iwakawa took the round with her impressive punches.

With the win, Iwakawa improved her record to 11 wins, including three knockouts, against six losses and a draw. For her part, Miyao fell to a 21-6-1 win-loss-draw tally with six KOs.