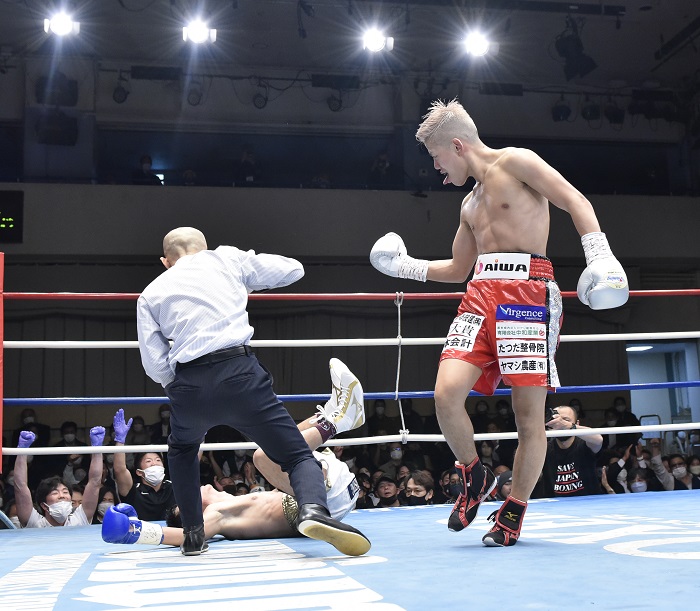 The knockout of the scheduled 10-rounder at Korakuen Hall came 1 minute and 20 seconds into the round when the left-handed Shigeoka dropped Nakashima with a devastating right hook to the head. While the 28-year-old Nakashima wobbled to his feet, the referee’s count tolled 10.

Shigeoka sent Nakashima on the seat of his pants in the opening round with a straight left to the head for a mandatory eight count.

The title was left vacant by Shigeoka’s younger brother and his stablemate Ginjiro Shigeoka, who will take a crack at a world title next Jan. 6.

With the victory, the 25-year-old Shigeoka extended his unbeaten streak to six, including four KOs. Nakashima fell to an 11-4-1 win-loss-draw tally with seven KOs.