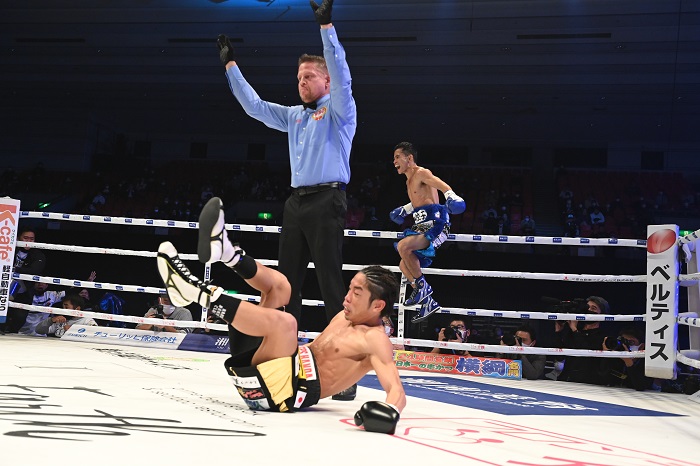 The technical knockout of the scheduled 12-rounder came 1 minute and 4 seconds into the round when the 28-year-old Jerusalem connected with a sizzling straight right to the chin, sending Taniguchi flat on the canvas.

While Taniguchi, also 28, tried to wobble up, his damage was such that he could not get up correctly, prompting the referee to call off the fight.

It was Jerusalem’s second crack at a world title as he unsuccessfully challenged then World Boxing Council minimumweight champion Chayaphon Moonsri of Thailand in 2017.

After the fight, Jerusalem said through an interpreter, ‘’My preparation for the fight was perfect, which paid off handsomely. I want to thank those people who helped me in various ways for the victory.’’

With the victory, Jerusalem improved his record to 20 wins, including 12 KOs, against two losses. For his part, Taniguchi, who failed in his second defense of the title he captured from Wilfredo Mendez of Puerto Rico in December 2021, has a 16-4 win-loss tally with 11 KOs.

The Taniguchi-Jerusalem fight was the main event of the ‘’3150FIGHTVol.4’’ boxing series promoted by Koki Kameda, the head of Kameda Promotion Co., better known as Kameda founder.