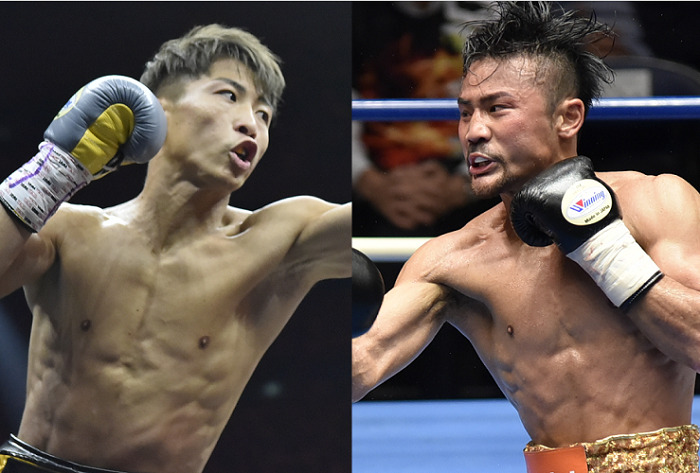 Thus, all the seven no-win exhibition matches were decided, including matches involving three amateur boxers already qualified for this summer’s Tokyo Olympics, with each boxer going three rounds with each round consisting of three minutes.

The 25-year-old Higa, a former World Boxing Council flyweight champion, submitted a comment saying, ‘’I really appreciate fans and parties concerned with the event for having me participate in the event in this kind of situation (of the novel coronavirus pandemic). I am determined to face him (Inoue) as I cannot evade him as a bantamweight boxer aiming at a world title. I will, therefore, take it as a ‘’preliminary skirmish’’ for my world title challenge. I hope you will root for me.’’

The 27-year-old Inoue, who is ranked second by the Ring magazine’s pound-for-pound rankings, has 20 straight wins, including 17 knockouts, while Higa, who shares the Japanese record of 15-straight knockout wins with two others, is currently ranked eighth by the WBA, 14th by the WBC and eighth by the WBO in the bantamweight division.

The day’s event will start at 4 p.m. All the participants, including a limited number of spectators, will have to go through PCR tests for COVID-19, either on the previous day or on that very day.

The exhibition event will be delivered either by U-NEXT or ABEMA.
U-NEXT https://video.unext.jp/livedetail/LIV0000000203
ABEMA https://abema.tv/channels/payperview-1/slots/F6ATiuEDLfmBNw

The other six bouts will be as follows:
Former WBO flyweight champion Sho Kimura of Hanagata Boxing Gym vs former K-1 WORLD GP super bantamweight champion Yoshiki Takei of Ohashi gym, who will make his professional debut on March 11.

The main purpose of the event is to boost the morale of medical-care workers assiduously helping patients suffering from COVID-19 as part of the proceeds from the event is expected to be donated to medical institutions, according to the organizers.