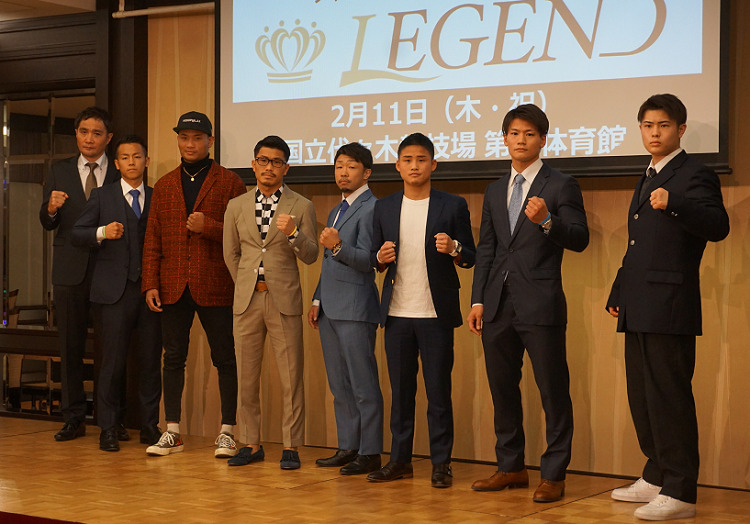 However, WBA ‘’super’’ and International Boxing Federation bantamweight champion Naoya ‘’Monster’’ Inoue’s sparring partner will be announced at a later date since the Inoue’s exhibition is expected to serve as the ‘’main event’’ of LEGEND, they said.

The main purpose of the exhibition is to boost the morale of medical-care workers assiduously helping patients suffering from COVID-19 as part of the proceeds from the event is expected to be donated to medical institutions, according to the organizers.

Altogether, seven no-win exhibition matches are planned, including matches involving three amateur boxers already qualified for this summer’s Tokyo Olympics, with each boxer going three rounds with each round consisting of three minutes.

All the parties concerned, including spectators and boxers, will have to go through top-of-the-line PCR tests for the COVID-19, which are said to be capable of showing test results in about 30 minutes. Up to about 5,000 paid attendance is expected.