International Boxing Federation world female atomweight champion Saemi Hanagata of Hanagata Boxing Gym retained her title with a draw with seventh-ranked challenger Eri Matsuda of Team-10-Count Gym on March 18 and announced her retirement from the ring as promised before the fight. 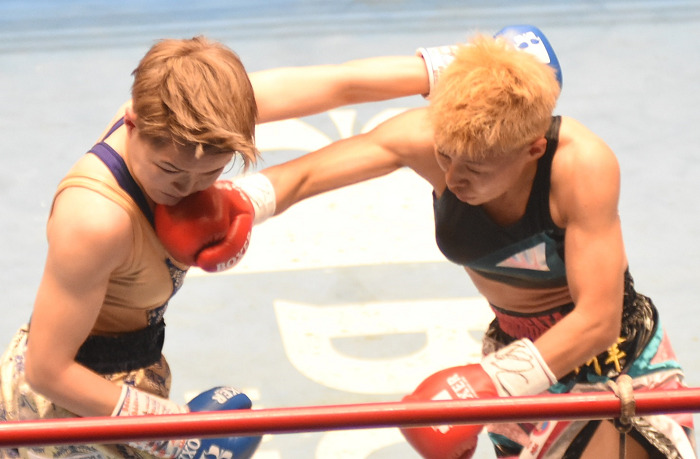 After the hard-fought 10-round fight at Tokyo’s Korakuen Hall, one of the three judges scored the fight 97-93 in favor of Matsuda while the remaining two both had it even at 95-95. There were no knockdowns in the fight.

Hanagata then thanked fans from the ring as she said she will formally hang up the gloves, adding she will aim at becoming an elementary school teacher in her ‘’second life.’’.

It was the 36-year-old Hanagata’s second successful defense of the title she won by narrowly decisioning Yuko Kuroki of YuKO Fitness Boxing Gym to claim the vacant title in September 2018. 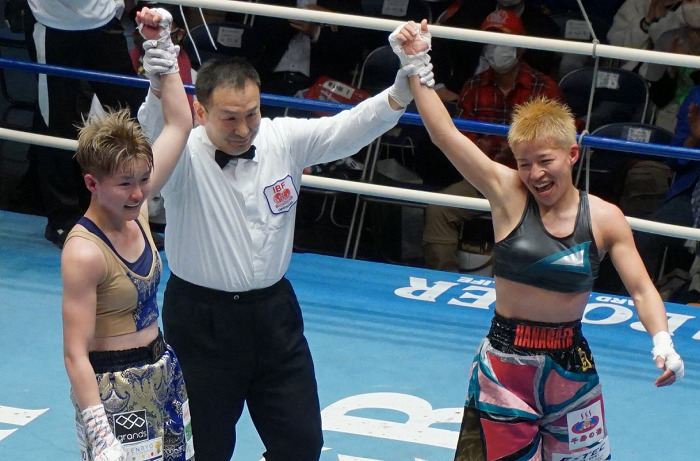 While the 26-year-old Matsuda got off to a good start by landing straight lefts followed by rights hooks from her southpaw style while moving quickly.

But Hanagata also fought aggressively by moving forward. The best moment for Hanagata came in the seventh round when she connected with a hard right. She showed her victory pose.

Matsuda, however, did not let up on her offense in the latter rounds, and the two fought toe-to-toe until the end of the final round.

With the draw, Hanagata has 16 wins, including seven knockouts, against five draws, while the undefeated challenger now has a record of four wins, including one KO, and a draw.