Linares leaves for U.S. to challenge WBC lightweight king Haney on May 29

Japan-based former three-time world champion Jorge Linares of Venezuela left for the United States on May 21 as he will challenge the undefeated World Boxing Council lightweight champion Devin Haney of the U.S. for the latter’s title on May 29 (May 30 Japan time) in Las Vegas. 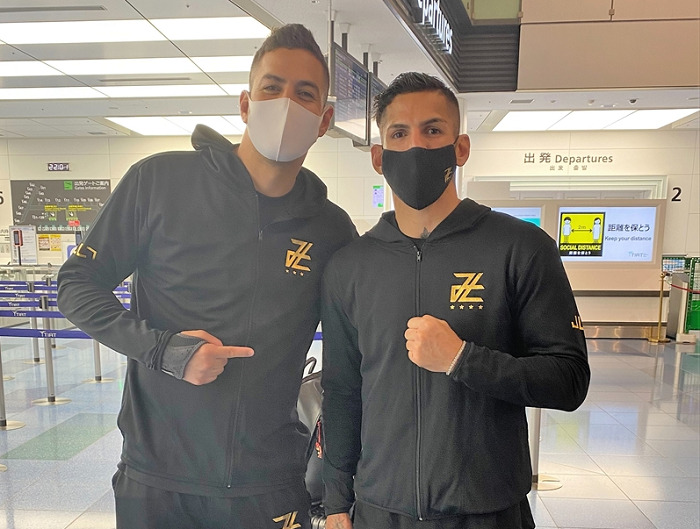 Before his departure from Tokyo’s Haneda Airport with his brother and trainer Carlos of Teiken Boxing Gym, to which Linares belongs, the 35-year-old Linares sent a message via the gym, saying, ‘’I am very happy that I will be able to climb through the ropes in Las Vegas again. I am determined to wrest the title by engaging in a supreme training there.’’

The scheduled 12-rounder will be held at Mandalay Bay Resort & Casino, Las Vegas, Nevada.
It will be the 35-year-old Linares’ first world title fight since losing his World Boxing Association lightweight crown to Vasyl Lomachenko of Ukraine in May 2018 and his 15th overall world championship fights.

Linares, nicknamed El Nino de Oro or the Golden Boy a la Oscar De La Hoya, has a record of 47 wins, including 29 knockouts, against five losses. As for the 22-year-old Haney, it will be his third defense of the title he captured in 2019. He has 25 straight wins, including 15 KOs. Photo by Teiken Boxing Gym