With the victory, the 28-year-old Kurihara recaptured the title he lost to Nakajima’s stablemate Takuma Inoue in January this year.

The technical knockout of the scheduled 12-rounder came 52 seconds into the third round when Kurihara put the left-handed Nakajima against the ropes and uncorked a right hook to the head after sticking out left jabs, sending Nakajima down to the canvas.

While Nakajima, also 28, managed to stand up, Kurihara wasted no time in landing another right hook to the head that decked Nakajima to the canvas again, causing the referee to stop the fight immediately. 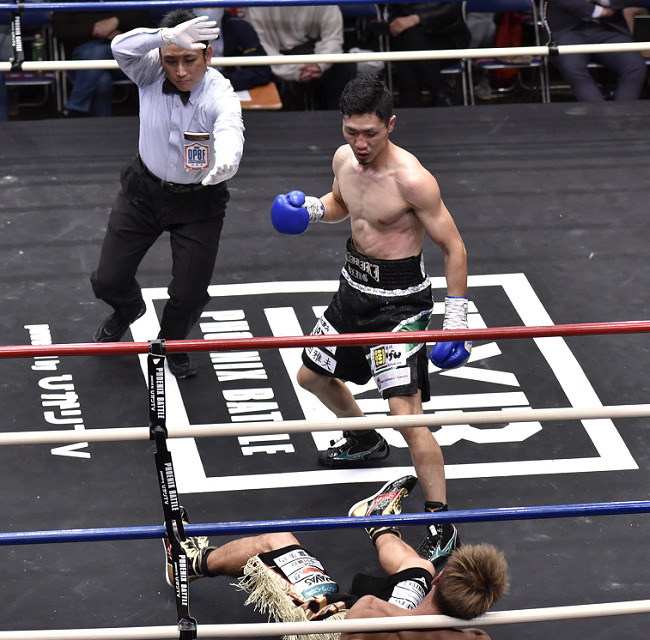 Kurihara said after the fight, ‘’I feel great. Since Mr. Nakajima hits hard, I purposely shifted my weight back a little so that I cannot be hit hard. I climbed through the ropes as if this was my last fight since I lost my preceding fight (to Inoue).’’

With the victory, Kurihara improved his record to 16 wins, including 14 KOs, against six defeats. For his part, Nakajima, who won the vacant OPBF crown in May this year, failed in his first title defense and fell to a 10-1-1 win-loss-draw tally with eight KOs.