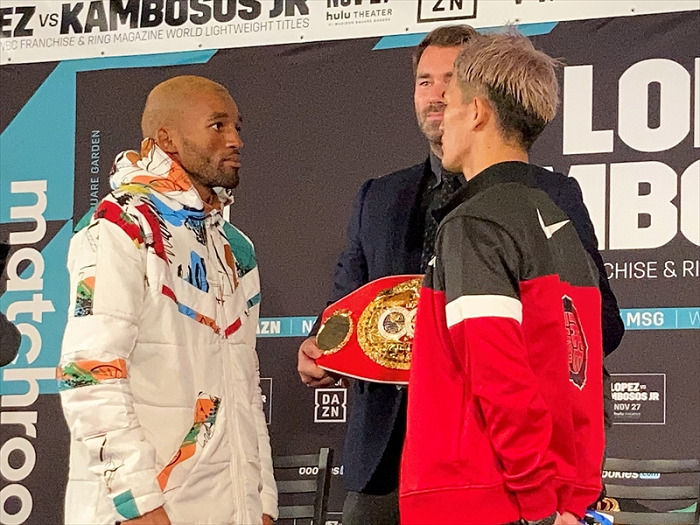 According to the gym, Eddie Hearn, the managing director of Matchroom Boxing which will host the event, acted as the MC for the conference and asked Ogawa whether or not he will face World Boxing Council champion Oscar Valdez of Mexico and World Boxing Organization’s ruler Shakur Stevenson of the U.S. to unify the titles.

Ogawa replied by saying, ‘’First, I will have to win the coming fight and then I hope to move onto the title unification fights.’’

Before the press conference, Ogawa did some 90 minutes of training at a nearby hotel and said, ‘’I was able to move as I wanted in the training.’’

The Ogawa-Fuzile bout will serve as the chief supporting card of the unified world lightweight champion Teofimo Lopez of the U.S.’s title defense against the IBF’s top-ranked challenger George Kambosos Jr. of Australia.

The 33-year-old Ogawa has a record of 25 wins, including 18 knockouts, against a loss and a draw with one no contest. For his part, the 25-year-old Fuzile is a southpaw with a 15-1 win-loss tally with nine KOs. Photo by Teiken Boxing Gym