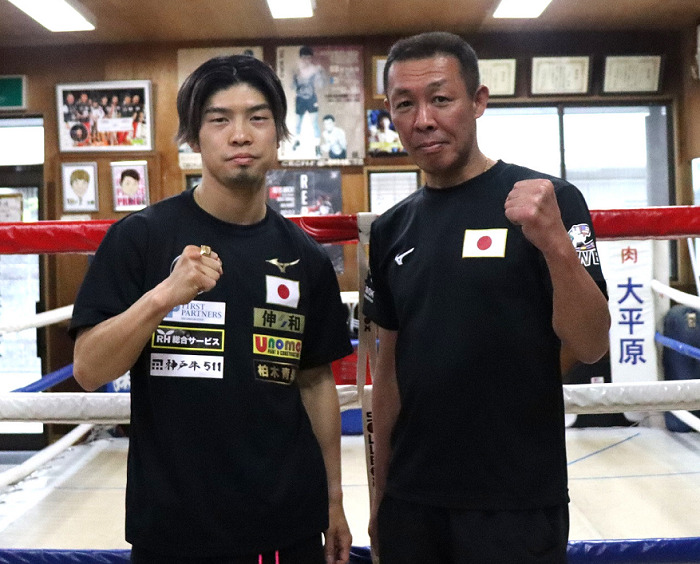 While the 26-year-old Tanaka commended southpaw Hashizume’s orthodox fighting style and the fact that he is undefeated, Tanaka declared by saying, ‘’I will knock him out by overwhelming him more so than what my head (Hatanaka) is expecting.’’

This is because Hatanaka, who also attended the press conference, is expecting Tanaka to show ‘’an astounding fight.’’

Tanaka trained at a gym run by noted Cuban trainer Ismael Salas in Las Vegas, Nevada for about a month from the beginning of early March and is said to have got motivated tremendously. ‘’I did only what Mr. Salas told me to do,’’ Tanaka said.

Tanaka, who had captured WBO minimumweight, light flyweight and flyweight crowns, lost to WBO super flyweight champion Kazuto Ioka of Shisei Boxing Gym for the latter’s title on Dec. 31 2020.
Tanaka has a record of 16 wins, including nine KOs, against a loss, while Hashizume has 19 wins, including 11 KOs, with two draws.
Photo by Soul Box Hatanaka Boxing Gym