The technical knockout of the scheduled 12-rounder came 37 seconds into the round when Toyoshima severely staggered his 27-year-old opponent soon into the round with a hard left hook to the head and swarmed all over him by landing a flurry of combinations, prompting the referee to step in to call off the fight.

It was the 26-year-old Toyoshima’s second successful defense of the title he won in May last year. Toyoshima also holds the Oriental and Pacific Boxing Federation’s welterweight title he won from Riku Nagahama of Kadoebi Boxing Gym in January last year. But the OPBF title was not at stake this time.

After the fight, Toyoshima said, ‘’I’ve had a good experience because it was my first fight with a foreign boxer in a long time. I will try my best so that I can move on to a new challenge at the higher stage.’’

With the victory, Toyoshima, ranked 10th by the WBO’s world welterweight division, improved his record to 16 wins, including 10 KOs, against two losses and a draw. For his part, Abdulhamid, who is the Philippine welterweight champion, impaired to a 17-11 win-loss tally with nine KOs. 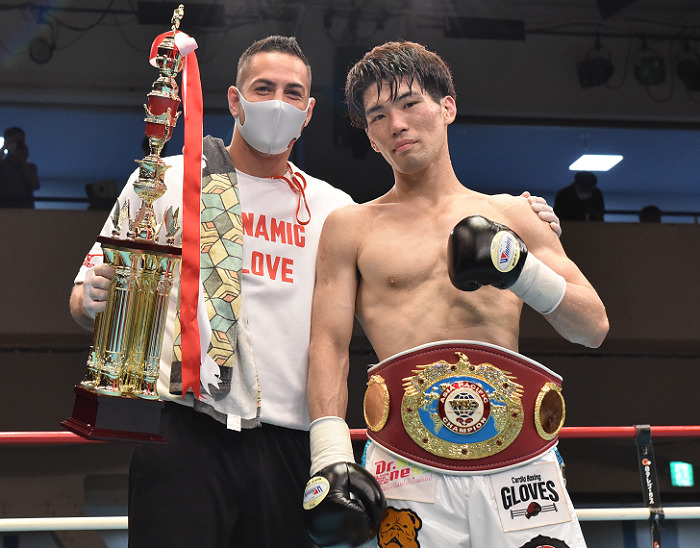