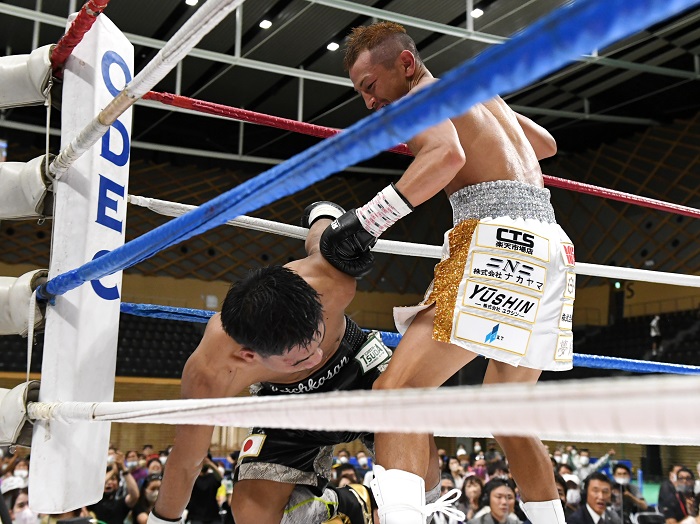 With the victory, the 30-year-old Yabuki brilliantly returned to the ring after he lost his WBC title to Kenshiro Teraji of BMB Boxing Gym with a devastating knockout in his first title defense in March this year. Yabuki wrested the title by stopping Teraji in September 2021.

In the day’s fight at Yokkaichi City General Gymnasium, the technical knockout came 1 minute and 19 seconds into the seventh round when the referee stepped in to stop the fight after Yabuki made Thanongsak groggy with a barrage of ferocious combination blows and floored him.

Yabuki decked the 22-year-old Thanongsak, ranked fourth in the light flyweight division by the World Boxing Organization, once in the second round with a right hook and then another knockdown late in the sixth stanza with a counter right.

After the fight, Yabuki, currently ranked ninth in the light flyweight division by the WBO and 10th by the WBC, said, ‘’If I had lost in the fight, I would have announced my retirement from boxing. I, therefore, did what I could do during my training. I am glad I was able to come through with a KO victory.’’

With the win, Yabuki improved his record to 14 wins, including 13 KOs, against four losses. For his part, it was Thanongsak’s first loss after winning his 24 straight bouts, including 22 KOs.