Undefeated Andy Hiraoka of Ohashi Boxing Gym, unleashing a barrage of left punches from various angles, stopped fourth-ranked Alvin Lagumbay of the Philippines in the second round and retained his World Boxing Organization’s Asia-Pacific super lightweight title on Sept. 13 in a battle of two southpaws in Tokyo. 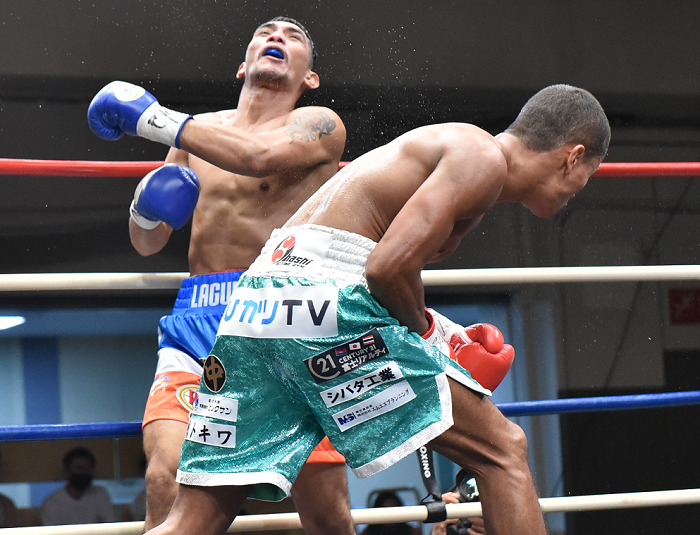 The technical knockout of the scheduled 12-rounder at Korakuen Hall came 2 minutes and 27 seconds into the round when Hiraoka, 26, landed a ferocious counter left to the head of Lagumbay, who did not go down but appeared groggy, prompting the referee to call off the fight immediately.

It was Hiraoka’s third successful defense of the title he captured last October by stopping Jin Sasaki of Hachioji Nakaya Boxing Gym for the vacant title.

Hiraoka. who is also the Japanese super lightweight champion, started out with right jabs and damaged Lagumbay with a right hook shortly before the end of the round.

Though Lagumbay came forward in the second round, Hiraoka connected with a straight left to the head followed by a barrage of right-left combinations near the ropes, which made his opponent almost defenseless, setting the stage for the counter left. 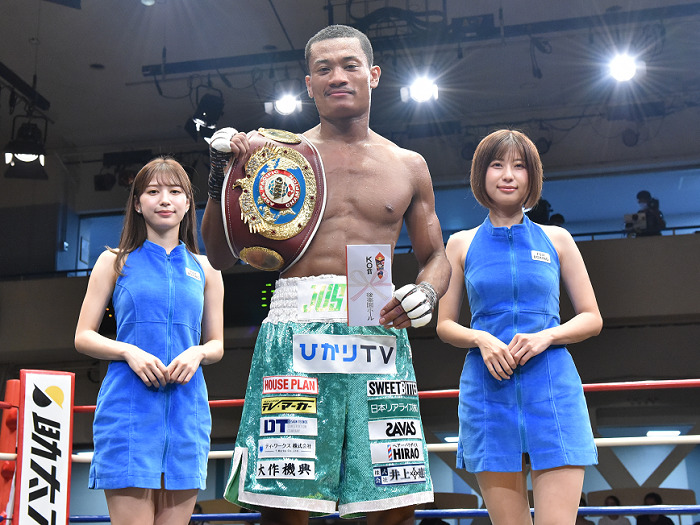 After the fight, Hiraoka, who is ranked ninth in the world by the International Boxing Federation, said, ‘’I am happy that I was able to come through in a tension-filled fight. I have so far fought twice in Las Vegas, Nevada. I want to fight in the city once again. To achieve that, I will give it my all.’’

With the victory, Hiraoka extended his unbeaten streak to 21, including 16 KOs. For his part, the 27-year-old Lagumbay impaired to a 13-6-1 win-loss-draw tally with 11 KOs.