Home > English > Taniguchi, Shigeoka to have world title fights in Osaka as part of ‘3150FIGHTVol.4’
English

Taniguchi, Shigeoka to have world title fights in Osaka as part of ‘3150FIGHTVol.4’ 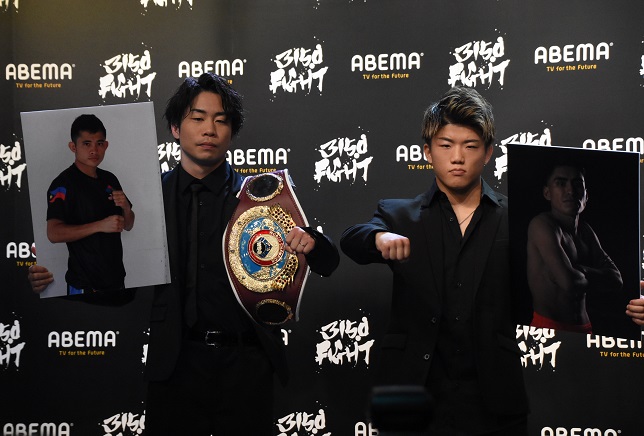 Both the scheduled 12-rounders will be held at EDION Arena Osaka as part of the ‘’3150FIGHTVol.4’’ boxing series promoted by Koki Kameda, the head of Kameda Promotion Co. Both Taniguchi and Shigeoka attended the day’s press conference along with Kameda and other boxing people.

It will be the 28-year-old Taniguchi’s second defense of the title he won from Wilfredo Mendez of Puerto Rico last December. He successfully defended the title by stopping Kai Ishizawa of M.T Boxing Gym in April this year.

Taniguchi said, ‘’Mt opponent this time has a strong punch. So, I will boost defense against him so that I can counter him.’’

Taniguchi has a record to 16 wins, including 11 knockouts, against three losses while the 28-year-old Jerusalem has a 19-2 win-loss tally with 11 KOs.

Meanwhile, the 28-year-old Valladares has a record of 26 wins, including 15 KOs, against three losses and a draw. It will be his first defense of the title he captured in July this year.

The left-handed Shigeoka, 23, said, ‘’I will win the fight 100 percent. I will train myself not just for the fight with Daniel, per se, but for my future (boxing life).’’

Shigeoka, ranked fifth in the division, is undefeated in his eight professional bouts, six by KO. He had an amateur career of 56 wins against a loss (to his elder brother Yudai Shigeoka).