Up-and-coming featherweight Keisuke Matsumoto of Ohashi Boxing Gym, unleashed a barrage of left and right combinations to the head and body, knocked out Tom Hamaguchi of Ichino Boxing Gym in the second round on Jan. 10 at Tokyo’s Korakuen Hall. 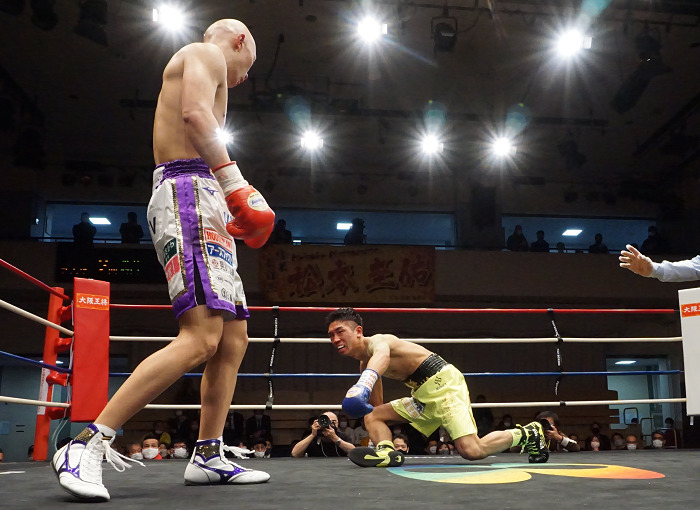 The end of the scheduled eight-rounder came 2 minutes and 42 seconds into the round when the 23-year-old Matsumoto, ranked third in the Japanese featherweight division, dropped Hamaguchi, 28, three times, prompting the referee to call off the fight without bothering to count when Hamaguchi was decked for the third time.

With the victory, undefeated Matsumoto extended his KO streak to seven since making his professional debut in August 2000. He has an amateur record of 80 wins against 15 losses.

After the fight, Matsumoto said, ‘’I climbed through the ropes with the theme that I should not stick to a KO victory. But I suffered a cut (between the eyebrows due to an accidental head butt), I changed my mind and decided to end the fight quickly. I still leave much to be desired because I was hit by my opponent. I will try hard to become a perfect boxer.’’ 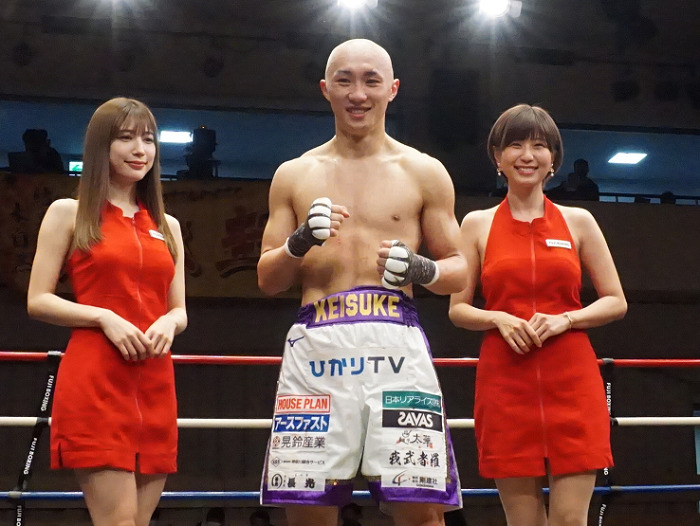 Matsumoto’s father koji Matsumoto was a former Japanese and Oriental and Pacific Boxing Federation featherweight champion and is now serving as the gym’s trainer. The father had said his son increased the number of sparring to about 80 rounds for the fight from the usual some 50 rounds, including sparring with his senior stablemates — undisputed world bantamweight champion Naoya ‘’Monster’’ Inoue and his younger brother Takuma.

With the defeat Hamaguchi fell to a 6-6-2 win-loss-draw tally.