World Boxing Association light flyweight super champion Hiroto Kyoguchi of Watanabe Boxing Gym tested positive for the novel coronavirus on Nov. 2 in Osaka after taking a PCR test in connection with the day’s weigh-in, and his world title bout with Thai’s Thanongsak Simsri the next day was canceled, the Japan Boxing Commission and Watanabe gym said. 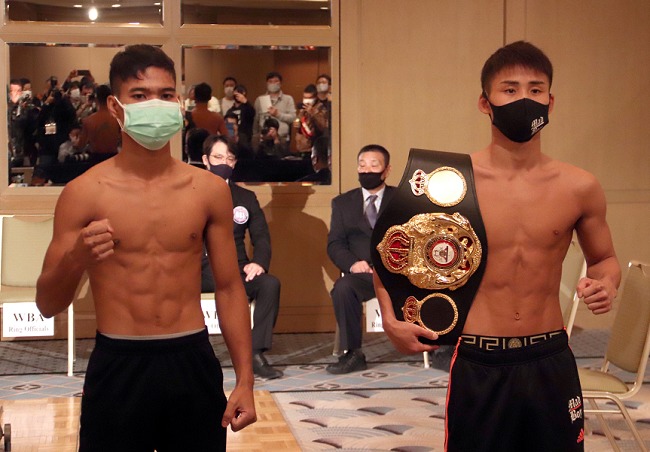 Kyoguchi’s chief trainer in his 50s has also contracted the virus. While neither is showing any symptoms, all the undercards concerned were also called off, according to the JBC.
Watanabe gym head Hitoshi Watanabe said, ‘’We will apologize deeply for causing a lot of trouble for various people.’’

It was supposed to be the first men’s world title fight in Japan since the start of the COVID-19 pandemic earlier this year. The fight was planned to be held at INTEX Osaka, one of the multipurpose event spaces, with a limited number of spectators allowed in.

Both fighters cleared the day’s weigh-ins in the morning with Kyoguchi tipping the scales at 48.8 kg and the 20-year-old Thanongsak weighing in at 48.7 kg. Light flyweight weight limit is 48.98 kg (108 lbs).