‘Monster’ Inoue exudes confidence in his title defense against Dasmarinas 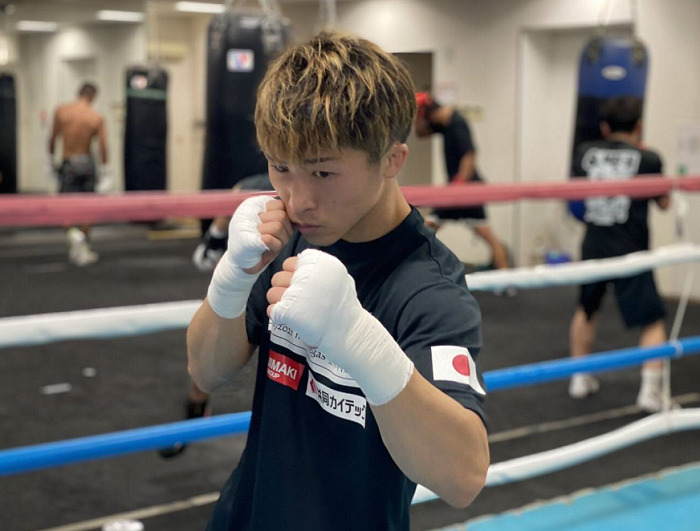 The 28-year-old Inoue, who will leave for the United States on June 9, said, ‘’I am thinking about sapping the strength of him, trying not to be hit by his strong punch and beating him at my own pace.’’ The 28-year-old Dasmarinas is a tall southpaw.

Inoue said, ‘’Since my physical condition was good, I increased the number of my sparring rounds from the usual four rounds a day to six to eight rounds a day,’’ thereby emphasizing his smooth conditioning.

When Inoue knocked out Jason Moloney of Australia to retain his titles in Las Vegas last October, he said he felt a kind of a leg cramp. But Inoue said, ‘’I now know the reason why I got the cramp and will try not to suffer the same experience. My weight-reduction program has been as smooth as usual.’’

As for the WBC, Dasmarinas’ compatriot Nonito Donaire of the Philippines who wrested the title late last month by stopping Nordine Oubaali of France. ‘’Since Donaire has the WBC championship belt, which is an indispensable belt to conquer the bantamweight division, the fight with him would be made as a matter of necessity,’’ Inoue said. Another Filipino Johnriel Casimero is the reigning WBO champion.  Photo by Ohashi Boxing Gym