World Boxing Organization second-ranked super flyweight Francisco Rodriguez Jr. of Mexico is brimming with confidence as he is ‘’very well prepared’’ for his challenge to champion Kazuto Ioka of Shisei Boxing Gym for the latter’s title on Sept. 1 in Tokyo. 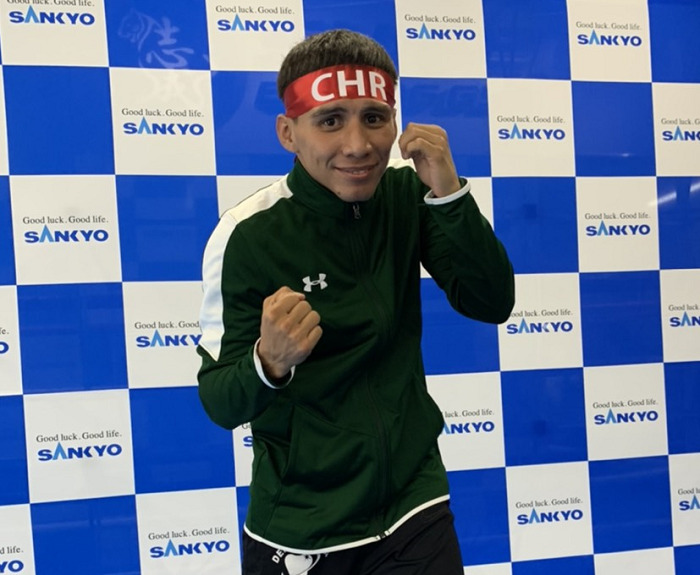 The 29-year-old Rodriguez, who came to Japan on Aug 16 and was isolated for four days at a hotel before being allowed to do training at a gym. He is now doing a final adjustment for the fight.

Speaking at a press conference held online on Aug. 28, Rodriguez said, ‘’He (Ioka) is a champion I admire.’’ But he hastened to add Ioka’s counterpunch is not so bad but is ordinary by my standards in terms of speed and other points.’’

While Rodriguez beat Katsunari Takayama of Neyagawa Ishida Boxing Gym in August 2014 to retain his WBO minimumweight title for the first time and moved up in weight to light flyweight, he failed in his challenge to then WBO light flyweight kingpin Donnie Nietes of the Philippines in May 2015.

Since then, he has had no chances to take a crack at a world title although he has made it 15 consecutive wins. Referring to his first world title match in more than six years, Rodriguez said, ‘’I have come a long way in the course of my career and consider this challenge is my last chance. I will never miss this opportunity even if it costs me my life.’’

Before coming to Japan, he had engaged in training at high altitude in Otomi in the northern part of the State of Mexico, whose altitude is 3,500 meters (about 11,483 ft), for about a month to prepare for the fight with Ioka.

The scheduled 12-rounder will take place at Tokyo’s Ota-City General Gymnasium behind closed doors.
The 32-year-old Ioka, who has won world titles in four different weight divisions as the only Japanese to do so, has a 26-2 win-loss tally with 15 KOs. Rodriguez has a record of 34 wins, including 24 knockouts, against four losses and a draw.