World Boxing Organization super flyweight champion Kazuto Ioka of Shisei Boxing Gym, who will defend his title against second-ranked Francisco Rodriguez Jr. of Mexico on Sept. 1 at Tokyo’s Ota-City General Gymnasium behind closed doors, held a press conference online on Aug. 27 and said he will concentrate on what he will have to do. 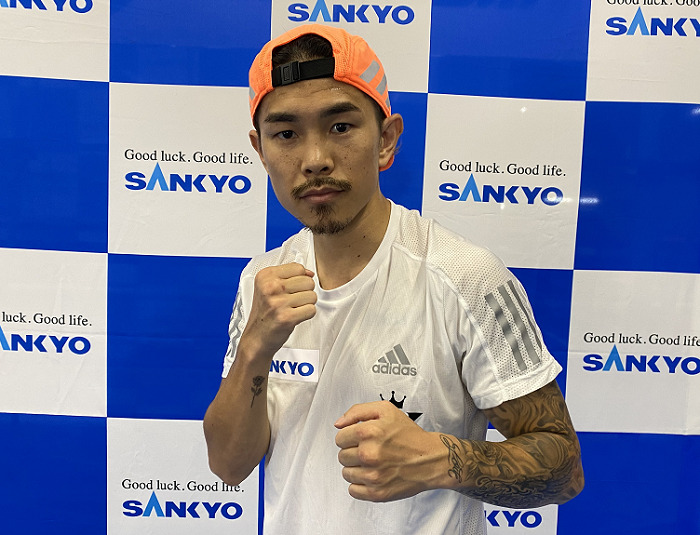 The mandatory title defense will be the 32-year-old Ioka’s third defense of the title he captured in June 2019 and his first fight since demolishing three-weight world champion Kosei Tanaka of Soul Box Hatanaka Boxing gym on New Year’s Eve last year.

‘’Even under these circumstances (of rampant COVID-19), I am determined to show what I have to do via television.’’ The Tokyo Broadcasting System Television (TBS) will televise the scheduled 12-round bout from 9 p.m.

‘’I am in the final adjustment stage for the fight,’’ the 32-year-old Ioka, who has won world titles in four different weight divisions as the only Japanese to do so, has a 26-2 win-loss tally with 15 KOs. Rodriguez, 29, has a record of 34 wins, including 24 knockouts, against four losses and a draw. He has been continuing 15 straight wins.

After the press conference, Ioka briefly demonstrated his side-stepping practice online by utilizing a circular ladder to enhance his agility. (Photo by Shisei gym)