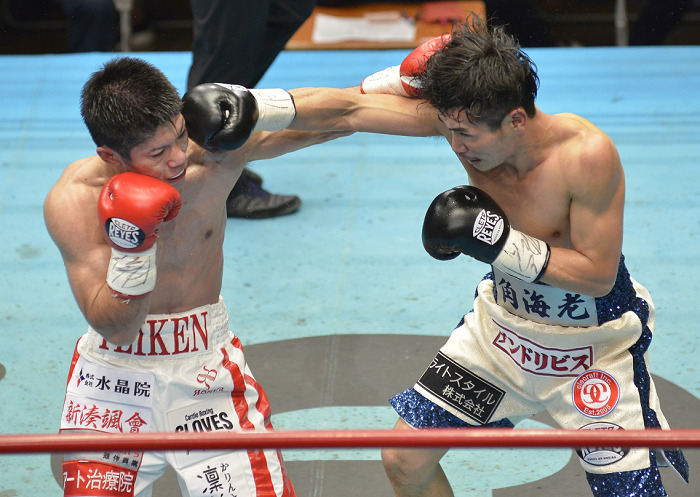 With the victory, his first decision win, the 35-year-old Fukunaga retained the WBO title for the third time, Japanese title for the second time and the OPBF crown once, respectively.

There were no knockdowns throughout the fight. Two of the three judges scored the fight 115-113 for Fukunaga, while the third judge had it even at 114-114 after the 12-round fight.

Though neither boxer started out aggressively, the left-handed Fukunaga, nicknamed ‘’the Japanese (Manny) Pacquiao’’ because of his similar fighting style, started out landing body blows in the second round.

But the 24-year-old Kaji, ranked third in the Japanese super flyweight, connected with an effective left hook to the head in the third round and put Fukunaga against the ropes.

Kaji’s best moment came in the fifth stanza when he landed a counter right to the head and swarmed all over him by unleashing a barrage of speedy punches, which forced the severely staggered Fukunaga to clinch desperately.

Both fighters exchanged fierce blows between the sixth and ninth rounds with Kaji appeared to be slightly getting the better of them.

In the 11th and the final 12 rounds, however, Fukunaga showed his mettle and overpowered the challenger chiefly by landing effective body blows.

After the fight, Fukunaga said, ‘’I am very tied because I was forced to fight until the end of the fight for the first time (in his victories). But I am happy to win the fight. My opponent today was very strong. Even before the fight, I had thought Mr. Kaji was the strongest Japanese boxer in the Japanese division. Since I beat Kaji, I want to take a crack at a world title. I am 35 years old now, I want to challenge for a world title as early as possible.’’

Fukunaga, currently ranked seventh by the WBO and eighth by the International Boxing Federation in their respective world rankings, now has a record of 15 wins, including 14 KOs, against four losses, while Kaji fell to a 15-1 win-loss record with nine KOs. 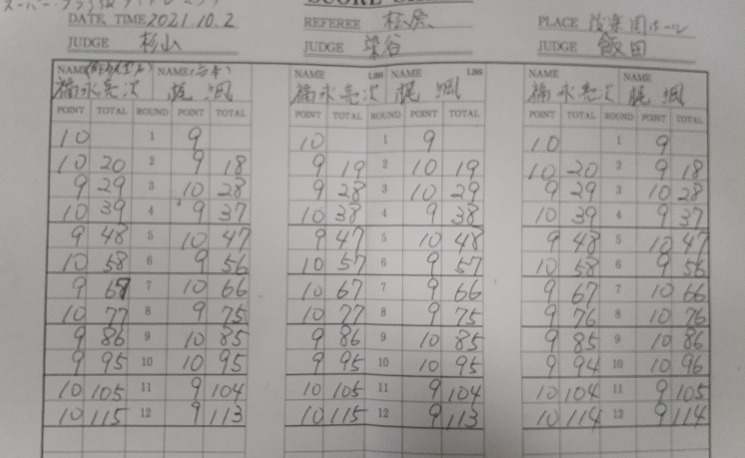