A grandson of former world super welterweight champion Koichi Wajima, nicknamed ‘’Man on Fire for his many dramatic come-from-behind victories,’’ made his professional debut on May 14 at Tokyo’s Korakuen Hall as he stopped Akimitsu Haga of DANGAN Koshigaya Gym in the first round in a super welterweight four-rounder. 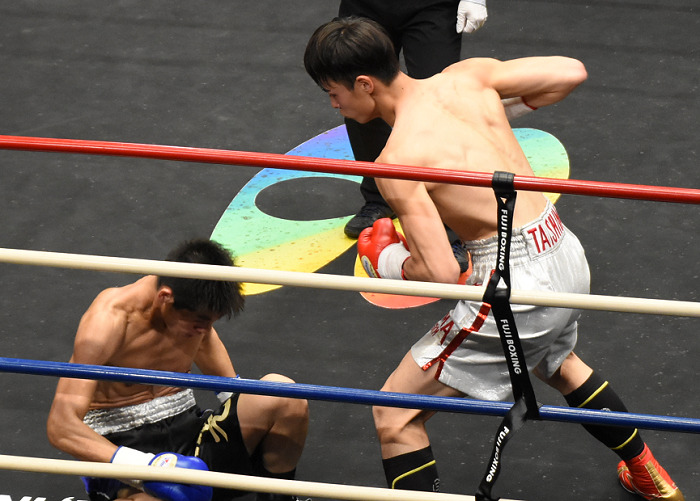 The 20-year-old Taishin Isotani of Wajima Koichi Sports Gym dropped the 35-year-old Haga with a right hook for a mandatory eight count. While Haga wobbled to his feet, Isotani swarmed all over him with a barrage of left and right combinations, prompting the referee to step in to declare Isotani’s technical knockout victory at 1 minute and 23 seconds into the round. 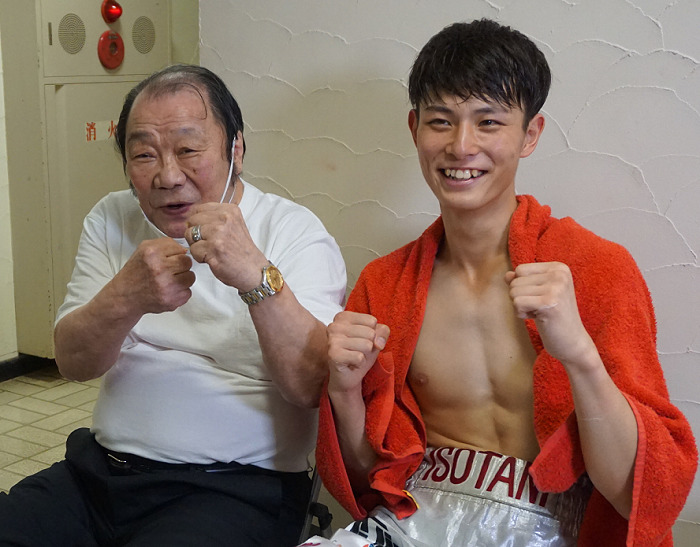 Isotani, the elder son of Wajima’s daughter Hiroko, said after the fight, ‘’I heaved a sigh of relief now because I was nervous before the fight. My ultimate aim is to become a world champion. But my immediate target is to enter next year’s East-Japan rookies’ tournament.’’

The 78-year-old Wajima, who sat beside Isotani in a press conference, said, ‘’I think he attacked when he had to and evaded punches when his opponent came forward and then quickly retaliated. He did a good job. I hope he will move up through the ranks step by step.’’