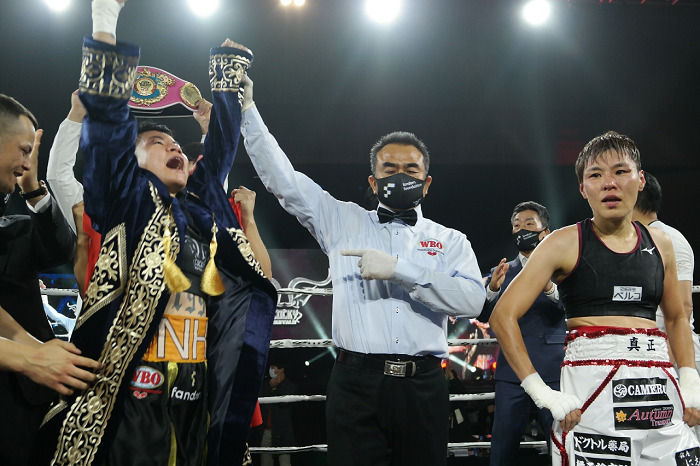 All three judges scored the fight held at the Ansan Wadong Stadium, 96-94 in favor of the 25-year-old Ho Chi Minh City native. There were no knockdowns during the 10-round bout.
With the defeat, Tada failed in her first defense of the title she won last December by stopping compatriot Ayaka Miyao of Watanabe Boxing Gym.

In the fight in Ansan, the left-handed Tada got off to a slow start. While she was hit with Nguyen’s straight right to the head in the fifth stanza, she recovered quickly and fought well the rest of the way.
In the sixth round Tada connected with a strong straight left while sticking out right jabs and moving to the right of her opponent.

But the tenacious Nguyen came forward by throwing chiefly straight rights and hooks later in the fight.
In the 10th and final round, both exchanged fierce blows with Tada putting the Vietnamese against the ropes immediately before the end of the fight.

With the victory, Nguyen extended her unbeaten streak to five, including a knockout. For her part, Tada fell to a 20-4-3 win-loss-draw tally with seven KOs. Photo by Cho, Eun-sang 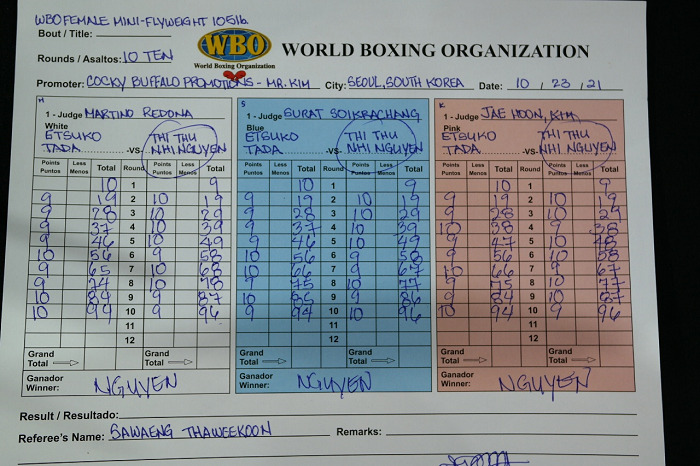