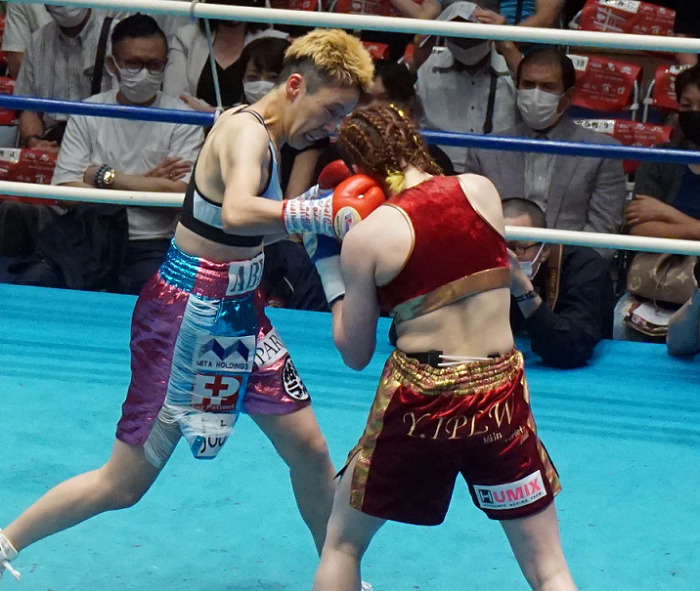 The 28-year-old Furukawa once turned to a kick boxer by leaving the boxing world as she was deprived of the WBA title late in 2017 after failing to win the International Boxing Federation female flyweight title in October that year in Argentine. But she decided to return to the squared circle for the first time in about four years and eight months.

With the defeat, Furukawa now has nine wins, including six knockouts, against three losses and two draws. With the win, the 32-year-old Abiru improved her record to four wins, including one KO, against six losses.

The fight was held as one of the undercards for the vacant Oriental and Pacific Boxing Federation female bantamweight title match between Marina Sayama of Watanabe Boxing Gym and Makoto Kikuchi of the Yamaki gym. 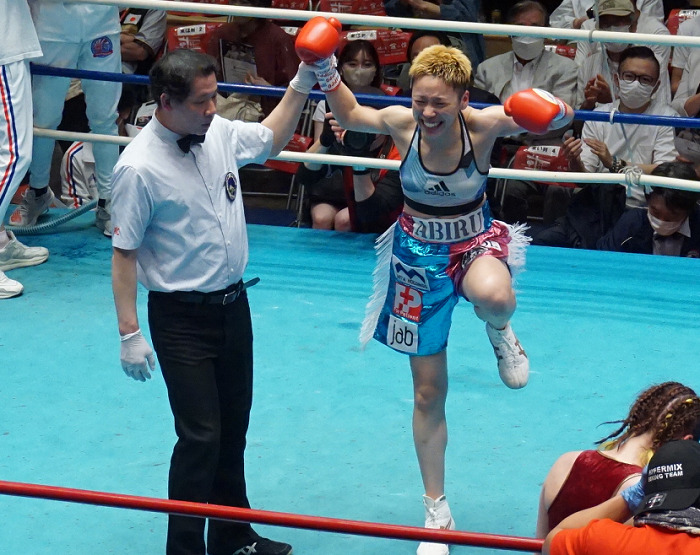