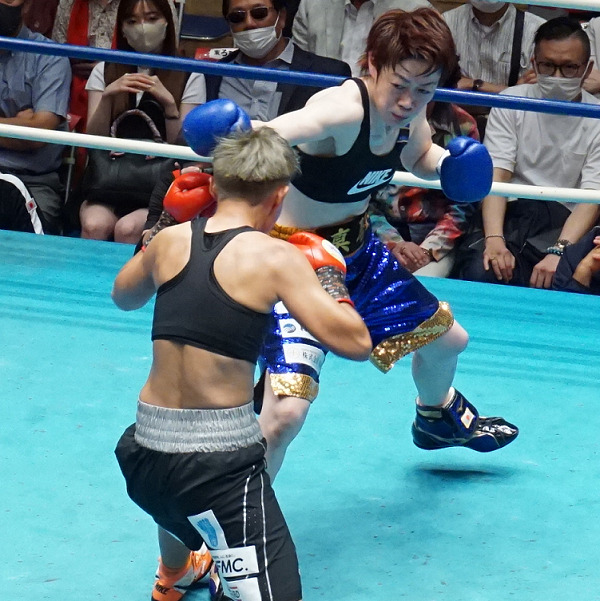 Fighting at Korakuen Hall, the 35-year-old Kikuchi, a southpaw, fended off Sayama’s active fighting style and landed a series of right hooks in the third round.

While there were no knockdowns, both exchanged a lot of blows in the latter part of the fight with Kikuchi getting the better of Sayama with her southpaw right hooks and ended the fight on top.

With the victory, Kikuchi, who failed to take part in last year’s Tokyo Olympics as she was eliminated in the qualification tournament, improved her record to two wins, including one KO, against a loss. For her part, the 34-year-old Sayama suffered her third straight defeat with 4-4-1 win-loss-draw tally with two KOs.

After the fight, Kikuchi cried unabashedly and said, ‘’I lack techniques and flamboyance despite the fact that I fought as an amateur boxer. But I fought with all my heart and held on in the seventh and eighth rounds.’’