Both World Boxing Organization super flyweight champion Kazuto Ioka of Shisei Boxing Gym and top-ranked challenger Donnie Nietes of the Philippines cleared their weigh-ins on July 12, setting the stage for their title match on July 13 in Tokyo. 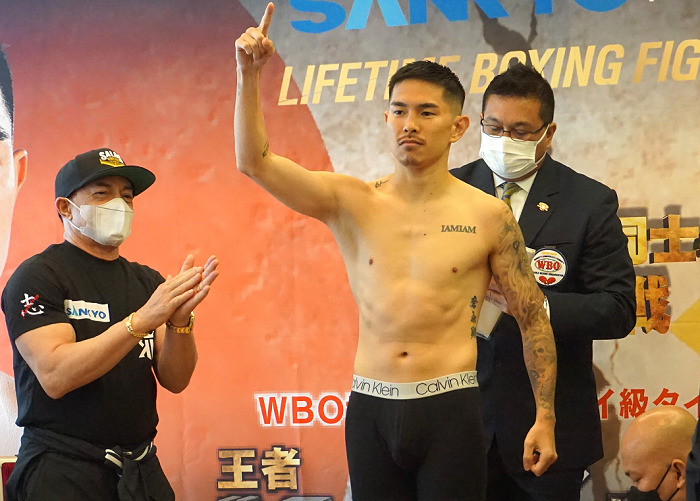 It will be their second encounter in three years and seven months as Ioka dropped a close decision to Nietes on Dec. 31 of 2018 in Macau for the then vacant WBO super flyweight title. But Nietes relinquished the title without defending it and had an absence of about two years and three months before returning to the ring (for various contractual matters). He has had two fights since then (with a win and a draw).

After the weigh-in, Ioka said, ‘’I am in a tip-top condition. I know there is only a little difference between us on all fronts. I will show my superiority on every aspect in the fight. Since I lost to him once, I cannot very well lose to the same boxer again. I want to advance to the next stage by beating him.’’ 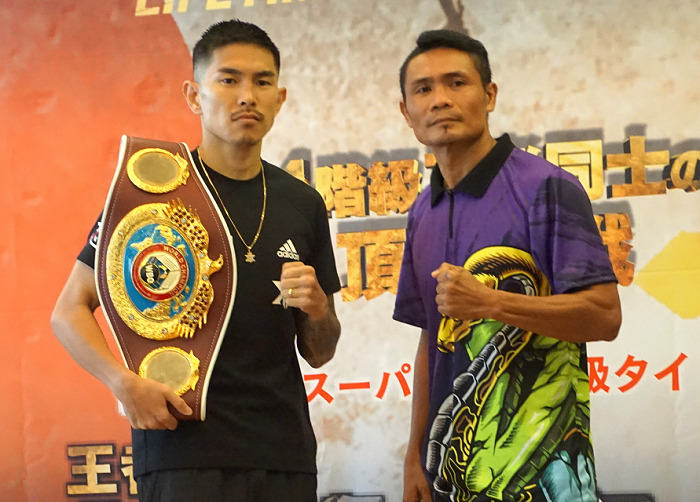 Nietes said through an interpreter, ‘’I want to win the fight tomorrow for all the Filipino people (because there are no world champions at present) by showing everything I have in my arsenals.’’

Ioka, Japan’s only four-division titlist, is making his fifth defense of the title he won in June 2019. He has a record of 28 wins, including 15 KOs, against two losses. For his part, Nietes, who also was a four-division world champion, has a 43-1-6 win-loss-draw record with 23 KOs.

The scheduled 12-rounder will be held at Ota City General Gymnasium and will be televised live from 9 p.m.